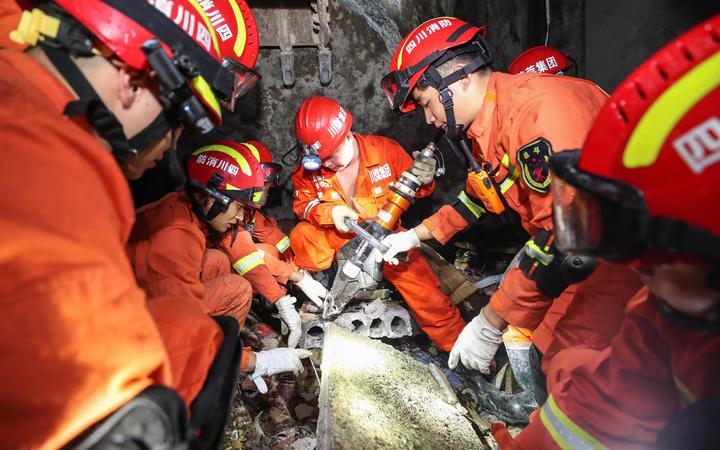 A 5.9 magnitude earthquake hit near Changning county in the southwestern province of Sichuan about 10.55pm local time, followed by a 5.2 about half an hour later, both at a depth of 10km, the United States Geological Survey said.

State media released the death toll and said rescuers had pulled some survivors from rubble in a part of the country that often suffers strong tremors.

Shaking was felt in key regional cities such as the provincial capital of Chengdu and the metropolis of Chongqing.

People rushed into the streets and pictures posted on the social media accounts of state media showed cracks left in some buildings.

Rescuers pulled some survivors out of rubble near the epicentre in a largely rural area, state television said.

There were several aftershocks, the China Earthquake Administration said.

In May 2008, Sichuan suffered a huge earthquake that killed almost 70,000 people.