A massive electrical failure left almost all of Argentina and Uruguay, according to a major Argentine electricity provider. 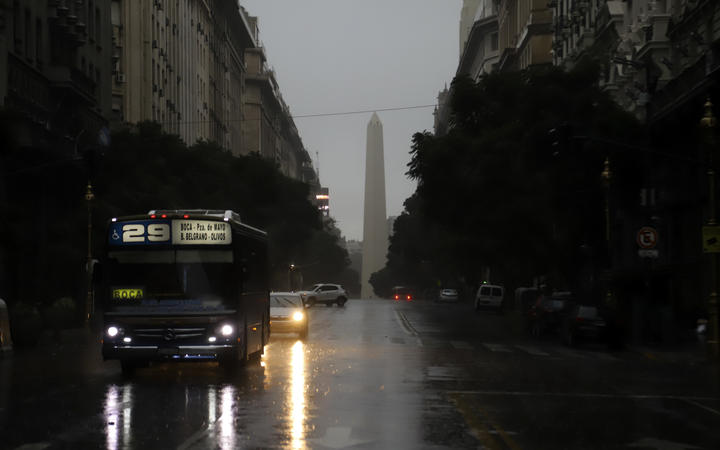 Downtown Buenos Aires during the power cut that left almost all of Argentina and Uruguay without electricity. Photo: AFP / Noticias Argentinas / Juan Vargas

Argentine media said the power cut occurred shortly after 7am local time causing trains to be halted and failures with traffic signalling.

It came as people in parts of Argentina were preparing to go to the polls for local elections.

"A massive failure in the electrical interconnection system left all of Argentina and Uruguay without power," electricity supply company Edesur said in a tweet.

Alejandra Martinez, a spokeswoman for the company, described the power cut as unprecedented.

"This is the first time something like this has happened across the entire country."

Macri said the blackout had been prompted by a failure in the country's coastal grid, but said that officials still did not know what had caused the problem.

He said said half of Argentina had power by mid-afternoon.

The exact cause of the blackout has not yet been determined. Citing official sources, Argentine media reported that it was linked to a failure in the transmission of electricity from the Yacycretá hydroelectric dam.

The Ministry of Civil Protection estimated that parts of the service could be restored in about seven or eight hours. Argentine President Mauricio Macri said power had been restored to over 50 percent of clients and local media reported that two airports were operating on generators in the capital. Priority has been given to hospitals.

Uruguay's energy company, UTE, said in a series of tweets that power had been restored to coastal areas and to areas north of Rio Negro. 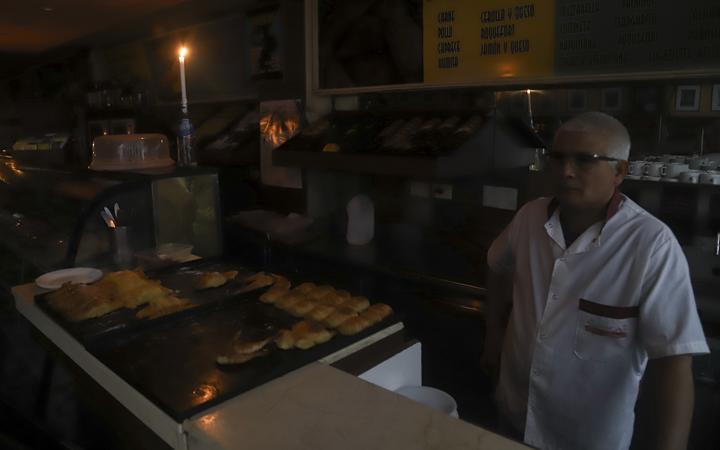 A man working by candlelight in a Buenos Aires bakery during the power cut. Photo: AFP / Noticias Argentinas / Juan Vargas

The combined population of Argentina and Uruguay is about 48 million people.

Among the affected provinces in Argentina were Santa Fe, San Luis, Formosa, La Rioja, Chubut, Cordoba and Mendoza, reports said. Tierra del Fuego in the far south is the only area that remains unaffected because it is not connected to the power grid.

In neighbouring Paraguay, parts of Ayolas, Pilar, Villalbín and the border areas of Misiones and Ñeembucú were also without power. One of Argentina's biggest water companies, Agua y Saneamientos Argentinos, warned those without power to conserve water, as the distribution of drinking water had been affected by the outage.

Social media reports of the power were widespread - from the capital Buenos Aires in the north, to Mendoza in the west and Comodoro Rivadavia in the south, among many other cities. Residents posted pictures of dark towns and cities and long lines of cars queuing at petrol stations.

"Everything came to a halt. Elevators, water pumps, everything. We were left adrift," Juan Borges, who lives in Buenos Aires, told the BBC.

"There are some elderly people on the eighth floor but nothing happened, because the power cut was short. If it had gone on for longer it would have been a whole different story." he said.

People in Buenos Aires are communicating on Whatsapp to pass on information about cafes in the city which appear to have power. Subway services are no longer running.

Local media have been showing voters casting their local election ballots in the dark, with mobile phones being used as lanterns. Elections have been delayed in several regional provinces.