The wife of Israeli Prime Minister Benjamin Netanyahu has admitted to misuse of state funds and will have to pay $NZ23,000. 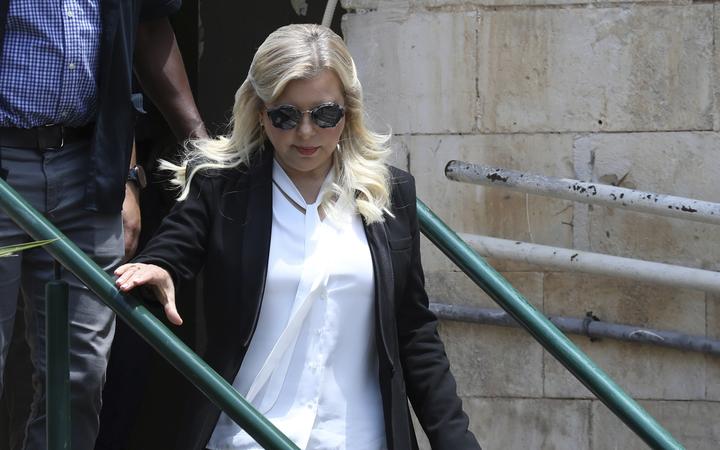 Sara Netanyahu was accused of spending more than $NZ150,000 on outside catering while falsely declaring there were no cooks available at the Prime Minister's residence.

She was charged with fraud and breach of trust last year.

Her lawyer said the case had nothing to do with her and said it was an attempt to bring down her husband.

She will have a criminal record though the charges she faced were reduced, the Jerusalem Post reported.

Prosecutor Erez Padan said that the prosecution had made "significant concessions" that led to a "balanced and right plea deal." He said the compromise had saved the court from calling on 80 witnesses.

"The prosecution is aware there isn't full correlation between the sum and the criminal offence, however in the framework of the legal procedure, a full correlation is not obligatory," he said.

Last year, Mrs Netanyahu's lawyers argued that she had not been made aware of the procedures about outside catering and that the meals had been ordered by the household manager and served to visiting dignitaries.

Responding to the charges, Mr Netanyahu said in a statement: "Sara Netanyahu is a strong and honourable woman and there has never been any fault in her actions."

In 2016, a court awarded $NZ72,000 in damages to a former housekeeper who accused Mrs Netanyahu of workplace abuse. The court accepted Meni Naftali's claim that he had been insulted and verbally abused.

Separately, Prime Minister Netanyahu is facing his own legal battles. The Israeli attorney general informed him in February that he intended to indict him on charges of bribery, fraud and breach of trust in connection with three cases, pending a final hearing.

The final hearing, at which the prime minister and his lawyers will be able to argue against the allegations, is scheduled to take place in October.

Mr Netanyahu has denied any wrongdoing and claimed that he is the victim of a political "witch-hunt".