India has said that, from Sunday, it will impose tariffs on 28 US products, including almonds and apples. 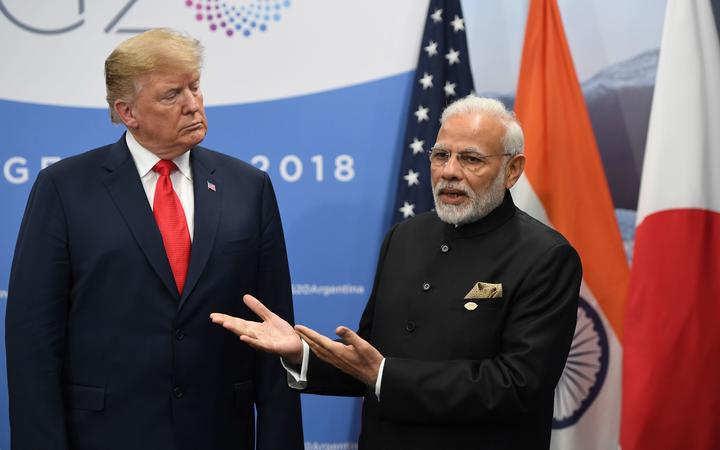 The new duties, some as high as 70 percent, are in response to Washington's refusal to exempt Delhi from higher taxes on steel and aluminium imports.

Tariffs of up to 120 percent were announced by India in June last year, but trade talks had delayed their implementation.

In an announcement on Friday, India's Ministry of Finance said the decision was in the "public interest".

An earlier list had also listed a 29th item - artemia, a type of shrimp - but this was removed.

But $US5.6b ($NZ8.6b) worth of Indian exports - previously duty-free in the US - will be hit now the country has lost preferential treatment under America's Generalized System of Preferences (GSP).

The move is the latest push by the Trump administration to redress what it considers to be unfair trading relationships with other countries.

Tensions have since been rising between the two countries. Last year, India retaliated against US tariff hikes on aluminium and steel by raising its own import duties on a range of goods.

President Trump has also threatened to impose sanctions if India purchases oil from Iran and if it goes ahead with plans to buy Russian S-400 anti-aircraft missiles.

The latest tariffs from India come just days before country's Foreign Minister Subrahmanyam Jaishankar is due to meet his US counterpart, Mike Pompeo, at a G20 summit in Japan.