The billionaire French tycoons who pledged hundreds of millions in financial aid to rebuild Notre Dame Cathedral in Paris have not yet paid a penny toward the restoration of the national monument, officials say. 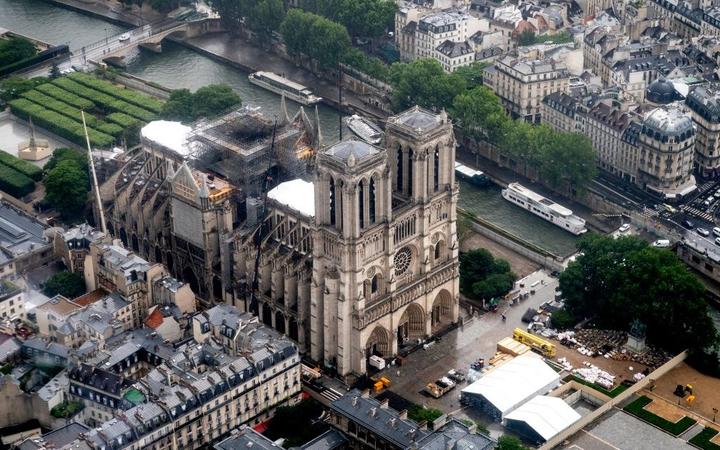 Initial repair work is underway on Notre Dame in Paris, although many decisions remain on the reconstruction work. Photo: AFP

Instead, it's mainly American and French individuals, via Notre Dame charitable foundations, who are behind the first donations paying the bills and salaries for up to 150 workers employed by Notre Dame since a 15 April fire devastated its roof and caused its masterpiece spire to collapse.

This month they are handing over the first private payment for the cathedral's reconstruction of $NZ6.1 million.

"They want to know what exactly their money is being spent on and if they agree to it before they hand it over, and not just to pay employees' salaries." 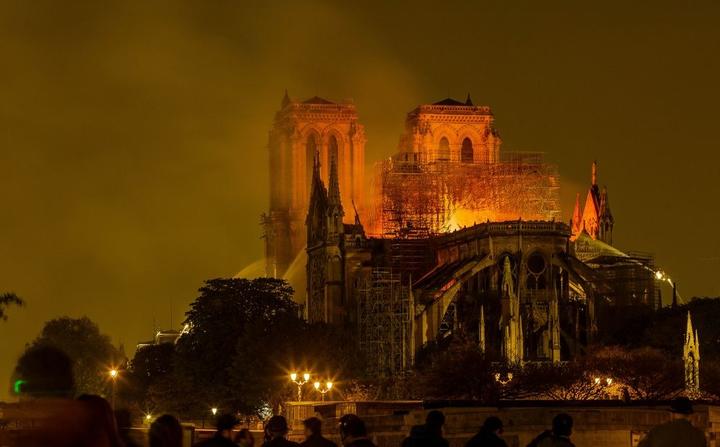 More than $1 billion was promised by some of France's richest and most powerful families and companies, several of whom sought to outbid each other, in the hours and days after the inferno.

It prompted criticism that the donations were as much about the vanity of the donors wishing to be immortalised in the edifice's fabled stones than the preservation of France's heritage.

Bernard Arnault, chief executive of luxury giant LVMH that owns Louis Vuitton and Dior, pledged $346m, as did the Bettencourt Schueller Foundation of the L'Oréal fortune.

None of that money has been seen, according to Mr Finot, as the donors wait to see how the reconstruction plans progress and fight it out over contracts.

The first stone of Notre Dame de Paris was laid in 1163, with the iconic building becoming the most famous of the Gothic cathedrals of the Middle Ages and one of the most beloved structures in the world. 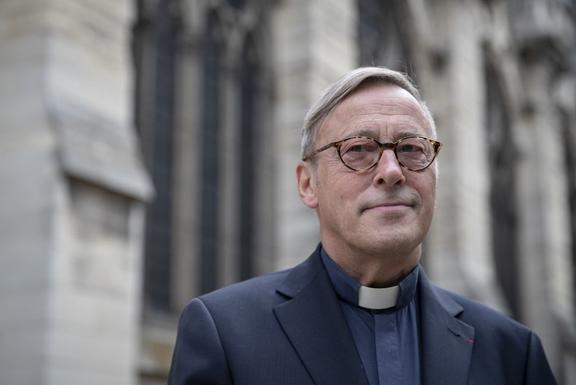 A group of about 30 people will gather at the cathedral on Saturday evening (local time) to celebrate the first Mass since the fire.

The service will be led by Paris Archbishop Monsignor Michel Aupetit in a small chapel near the garden, which used to hold the crown of thorns relic.

Participants will have to wear safety helmets, as the site is under construction to consolidate the structure.

The service will mark the anniversary of the consecration of the cathedral's altar, French media reported, which is celebrated each year around 16 June.

Attendees will include several Notre Dame priests along with selected journalists and camera operators, with the mass to be broadcast on French television.

The diocese is waiting on approval from civil authorities to reopen space on front of the cathedral to the public, according to France 24.

The reality on the ground at Notre Dame is that work has been continuing around the clock for weeks and the cathedral has had to rely partly on the charity foundations to fund the first phase of reconstruction.

The Friends of Notre Dame de Paris was founded in 2017 and its president, Michel Picaud, estimates that 90 per cent of the donations it has received have come from American donors.

Indeed, Mr Picaud has just returned from a fundraising trip in New York.

"Americans are very generous toward Notre Dame and the monument is very loved in America," Mr Picaud said. "Six out of our 11 board members are residents in the US."

A spokesman for the Pinault Collection - owners of Gucci and Saint Laurent - acknowledged that the Pinault family hadn't yet handed over any money for the cathedral's restoration, blaming that on a delay in contracts.

"We are willing to pay, provided it is requested in a contractual framework," said spokesman Jean-Jacques Aillagon, adding the Pinault family plans to pay via the Notre Dame foundations.

The LVMH Group and the Arnault family said in a statement they were signing an agreement with Notre Dame's foundations and "the payments will be made as the work progresses".

Total has pledged to pay its $172m via the Heritage Foundation, whose director-general Celia Verot confirmed that the multinational company had not paid anything.

She said donors were waiting to see what the plans were, and whether they were in line with each company's particular vision before they agreed to transfer the money.

"How the funds will be used by the state is the big question," Ms Verot said. "It's a voluntary donation, so the companies are waiting for the government's vision to see what precisely they want to fund."

While the clean-up and consolidation work now underway at Notre Dame is hugely important, it does not fit that description, said another foundation official, speaking on condition of anonymity.

Experts fear that Notre Dame's redesign process might prioritise immediacy over longevity as President Emmanuel Macron wants the cathedral to be rebuilt in time for the 2024 Paris Olympics.

The Bettencourt Schueller Foundation said it, too, had not handed over any money because it wanted to ensure its donation was spent on causes that fit the foundation's specific ethos, which supports craftsmanship in art. 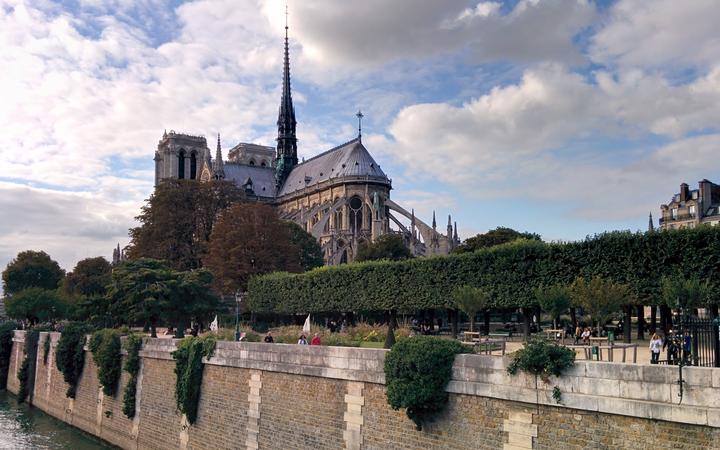 Olivier de Challus, one of the cathedral's chief guides and architecture experts, said one of the reasons the rich French donors had not yet paid was that there were still so many uncertainties about the direction of the reconstruction work.

Mr De Challus said architectural experts were using digital models to try to establish how much damage the fire did to the cathedral's 13th-century stone, and whether its structures were fundamentally sound.

"It doesn't matter that the big donors haven't yet paid because the choices about the spire and the major architectural decisions will happen probably late in 2020," he said.

"That's when the large sums of money will be required."

Meanwhile, the French Parliament was slowly debating amendments to a new law that would create a public body to expedite the restoration of the cathedral and circumvent some of the country's famously complex labour laws.