Residents of a high-rise in Mascot, in Sydney's inner-south, have been evacuated as a precaution after cracks were discovered in the building. 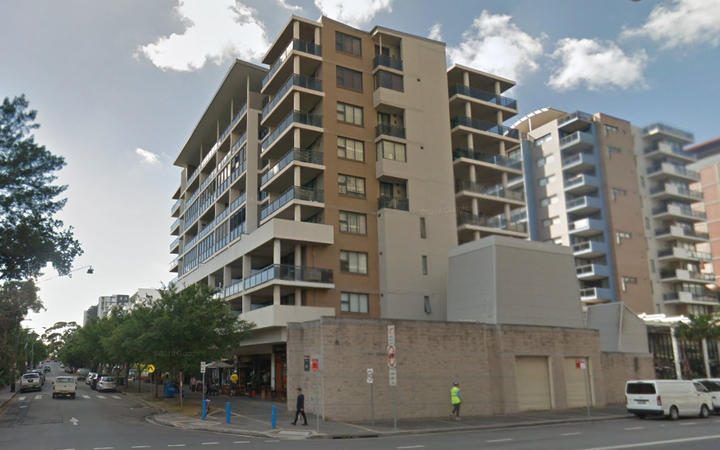 The building that has been evacuated in Sydney. Photo: Screenshot / Google Maps

Fire and Rescue NSW was called to the Mascot Towers on Bourke Street about 6pm last night, after residents saw cracks forming in the 10-storey building.

Engineers assessed the building and began formally evacuating residents - including young children and pets - of the 131-unit block.

Superintendent Adam Dewberry said there were concerns about movement in the building, with residents evacuated "as a precaution … for general safety at this stage to ensure that there are no injuries".

"At this stage there is no thought that the building is going to have a catastrophic failure or collapse," he said.

The building was constructed more than a decade ago and consists of two towers on a single footprint.

Ninety-five units are affected, while residents of a further 35 units have been told they can remain in the building.

A temporary shelter was established at Mascot Town Hall for those unable to find alternative accommodation, but it appeared to be empty last night.

In a letter from building management, residents were told an engineer inspected cracking that had developed in the "transfer slab beams supporting the primary building corner".

"Following the inspection, the engineer raised concerns over the safety for residents in the building," the letter said.

"It has been determined that there will be a partial evacuation of the building, pending further monitoring of the transfer beams over the course of the next week.

"This will determine if the building is safe for reoccupation."

'It's had so many issues'

John, who did not wish to provide his surname, arrived at Mascot Towers to pick up his girlfriend, who was told to evacuate.

"[She] got a message from one of her flatmates at 7pm, basically saying … everyone has to evacuate tonight.

"She got the letter at seven o'clock and had to be out of the building at nine o'clock - just get all of her stuff and leave."

Anthony, who did not wish to give his surname, owns one of the apartments and has lived in the building for 11 years.

He said tenants were being denied entry to the building.

"We hope that the builders or the people who are responsible for this will be held accountable because it's had so many issues from day one.

"I guess defects happen in most apartments but you wouldn't ever have thought it would come to this.

"Especially after seeing the fiasco with the Opal Tower in Homebush, you would have never thought something like this would happen in metro Sydney.

"I hope the owners do all get together collectively to hold the right people accountable for this." 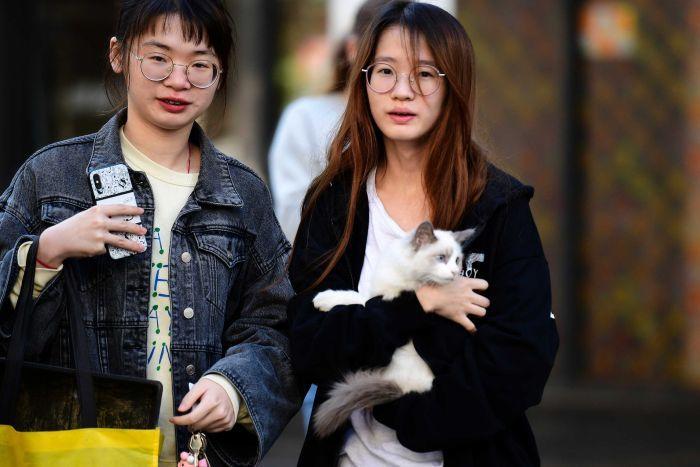 Another resident said he was crying in the street and threatened with arrest after trying to re-enter the building to retrieve his pets.

This morning, adjoining businesses were told not to open and huge cracks appeared in the wall of a nearby hairdressing salon.

Masa Tatewaki, who has lived in the complex for 10 years, said initially he and his partner were told their apartment was not affected so they decided to move their car from the building garage which was soon to be closed.

When they went to re-enter the building they were stopped by police.

"We were told we weren't allowed to go back into our unit … they said, 'If you go back in you will be arrested'," he said.

Mr Tatewaki said he became very distressed as their oven was still on and their two dogs were also inside the unit.

"I was just crying on the street," he said.

Eventually, Mr Tatewaki and his partner realised another entry to the building was still open and they managed to get inside and pack up a few belongings before leaving.

Less than six months ago, 3000 residents of the Opal Tower building in Sydney's Olympic Park were evacuated after the building moved "1 millimetre to 2 millimetres".

A report commissioned by the New South Wales government found parts of the tower were constructed using "lower-strength concrete" and that "under-designed" critical support beams had burst under extreme pressure.

Following the Opal Tower debacle, the NSW government said a building commissioner would be introduced to enforce licensing but that role is yet to be filled.