The brothers shot by police during a confrontation in Victoria's north-east were of interest to counter-terrorism investigators. 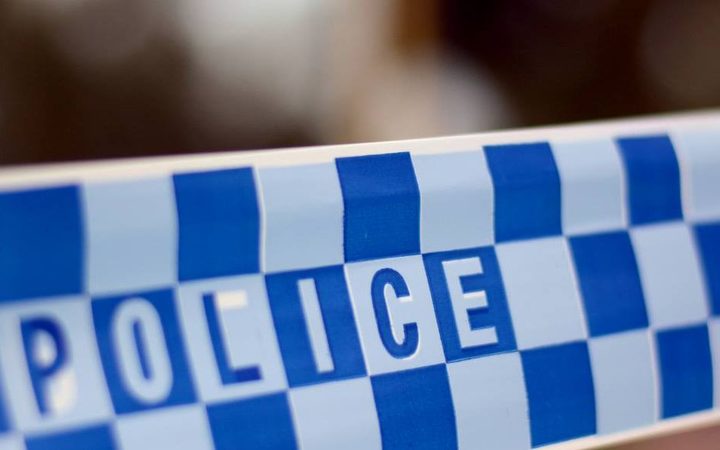 The men, aged 19 and 30 and believed by police to be brothers, were taken to Albury Hospital in a serious condition after the shootings, which occurred at Barnawartha North near the New South Wales border.

Both were treated at the hospital with one later being airlifted to Melbourne for treatment.

Last night, one man remained in a stable condition while the other was in a serious condition.

At a media conference in Wodonga late last night, Acting Assistant Commissioner Clive Rust said counter-terrorism police had travelled to the area for "intelligence gathering" to try to find the two men when they "unexpectedly" saw them at a petrol station.

He said the men drove off and counter-terrorism police called for assistance from uniformed police.

Acting Assistant Commissioner Rust said when the uniformed officers found the men on Old Barnawartha Road near Richardsons Bend Campground on the Murray River, their police car was rammed.

He said the two men were armed with "edged weapons", which he later said were a tomahawk and a knife.

"One male charged at the police members and was shot," he said.

He said the other man was involved in a stand-off with uniformed police for "a number of minutes", with officers attempting to control the man with non-lethal force, including capsicum spray and a taser.

"This male person lunged at the police and he was subsequently shot also," he said.

Police said the incident was not being treated as a terrorism-related attack and there was no ongoing counter-terrorism investigation and no threat to the community.

Acting Assistant Commissioner Rust said the detectives had received information about the two men and wanted to speak to them as a "standard procedure".

He said he believed the men to be brothers who had recently moved from New South Wales to Victoria.

They are understood to be Australian nationals.

"[Counter-terror police] weren't following them, they were attempting to locate and identify these two men who they knew to be up in the Barnawartha area," Acting Assistant Commissioner Rust said.

"They were making routine inquiries in order to touch base with them, talk to them, assess them and make a judgement on whether or not they posed any risk.

"It was purely a chance meeting that they identified their car at a service station."

In a statement, Victorian Premier Daniel Andrews said the Government had been advised there was no ongoing threat.

"I want to thank the brave Victoria Police officers who put themselves in harm's way every single day to keep Victorians safe," he said.

"As this incident is now being investigated by Victoria Police, it would be inappropriate to comment further."

Police said Homicide Squad detectives would investigate the shooting, with oversight from Professional Standards Command, as was standard protocol after a police shooting.