Mexican President Andrés Manuel Lopez Obrador has pledged to use profits from the sale of his presidential plane to fund efforts to curb illegal migration. 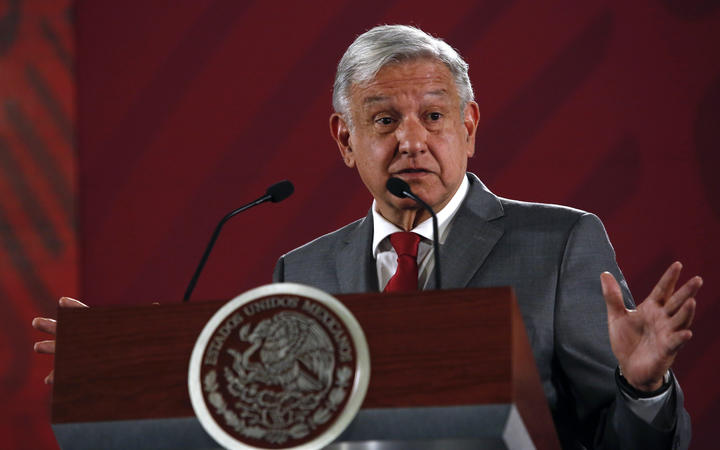 The move comes after Mexico and the US reached a deal to avoid US tariffs in exchange for Mexico doing more to halt Central American migration to the US.

During his campaign, the leftist leader pledged to sell the plane and use the money to help poorer communities.

During the presidential campaign in 2018, Mr Lopez Obrador - who is known in Mexico by his initials AMLO - pledged to sell the plane, which was originally purchased for $US218m ($NZ331.6m).

He told supporters that he would fly commercially instead, and followed through on that promise only days after taking office.

The plane has been on sale for the past several months and has been sitting in a California warehouse. Mexico is also seeking to sell 60 government-owned planes and 70 helicopters.

During a press conference on Wednesday, Mr Lopez Obrador was asked about his agreement with the US, which includes deploying Mexico's national guard force to its southern border with Guatemala.

"About how much this plan is going to cost, let me say, we have the budget," Mr Lopez Obrador said at the news conference.

"It would come out of what we're going to receive from the sale of the luxurious presidential plane."

The plane was purchased in 2016 and had been named the "José María Morelos y Pavón" after a leader of the Mexican independence movement.

What is the US-Mexico migration agreement?

The agreement between the US and Mexico reached last week averted Mr Trump's plan to impose tariffs of five percent on imports from Mexico - America's third largest trade partner.

Mexico is deploying 6000 National Guard personnel to the southern border with Guatemala to try to stem the flow of migrants.

It has also agreed to support the expansion of the scheme that returns asylum seekers already in the US to Mexico to await the processing of their claims.

In the US, the flow of migrants has reached such high levels that a US fort formerly used to detain Americans of Japanese ancestry during World War Two will temporarily take in as many as 1400 unaccompanied migrant children.

The base, Fort Sill in Oklahoma, has previously been used to house migrant children, including during Barack Obama's presidency.

On social media some Mexicans have criticised the president's decision about the plane, and condemned the idea that funds from the plane - which was paid for by Mexican taxpayers - would be spent on non-Mexican migrants.

Others argued that if the plane has not been sold in the past six months, it is unlikely to find a buyer in the next 45 days, when the US-Mexico tariff deal expires.