Thousands of people have taken to the streets of Venice calling for large vessels to be banned from the city's Giudecca canal. 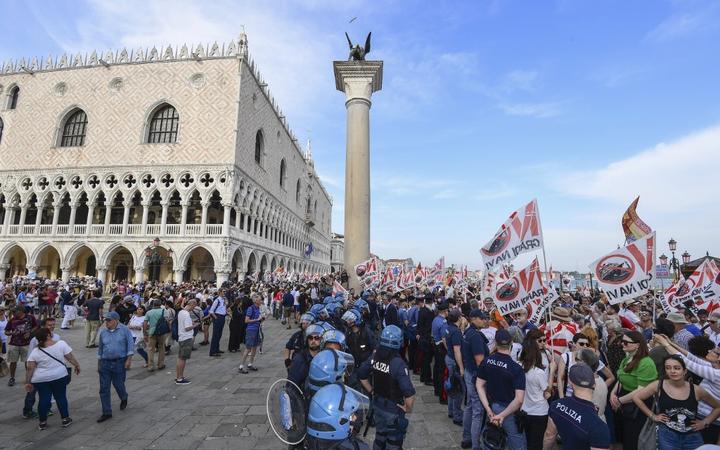 Police officers face people holding flags as they arrive close to San Marco square during a demonstration called by the No Great Ships movement against big cruise ships sailing into the Venice. Photo: AFP

The protest comes days after a cruise ship crashed into a tourist boat, injuring four people, including a New Zealand woman.

Critics say such large ships pose a conservation risk to the lagoon city, pollute its waters and mar its beauty. 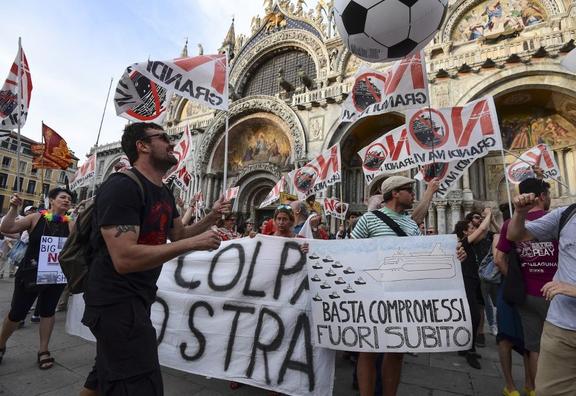 Ministers said last Sunday's crash proved the need for a ban on liners, and that they were working to resolve the issue.

The Giudecca, which leads to the popular St Mark's Square, is one of Venice's major waterways.

Some 3000 people, many of them carrying banners such as "No big ships" and "Keep large boats out of the lagoon", marched through the streets of Venice, a Unesco World Heritage site, Italian newspaper La Repubblica reported.

The demonstration, next to St Mark's Square, was organised by the No Great Ships movement.

"What happened on Sunday shows they're dangerous, they're out of control in case of failure and they can't continue to play Russian roulette with our homes, our lives, with our city, just to make these cruise companies rich," said Tommaso Cacciari, one of the protest's organisers.

Critics say waves created by cruise ships on the canal erode the foundations of the city, which regularly suffers from flooding. 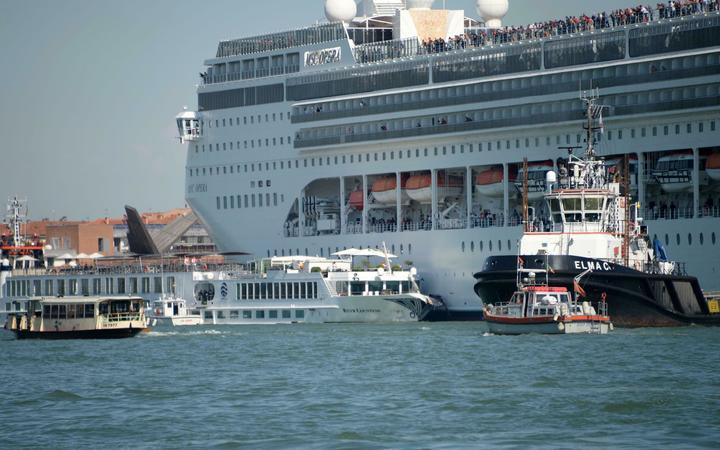 Some have also complained that they detract from the beauty of Venice's historic sites and bring in too many tourists.

"If we want to save Venice and the lagoon, we shouldn't allow those liners to enter. It is terrifying just to see them," said one protester.

Another said: "No liners - because they are unsustainable in environmental terms."

In last Sunday's accident, the MSC Opera - a 275m long ship - collided with a dock and a small tourist boat after losing control.

Italy's Infrastructure Minister Danilo Toninelli said the incident was proof that big ships should not travel on the Giudecca and that officials were "finally close to a definitive solution".

The government banned ships weighing more than 96,000 tonnes from the Giudecca canal in 2013 but the legislation was later overturned.

In 2017, it was announced that larger ships would be diverted from the historic centre but the plans were expected to take four years to come into force. 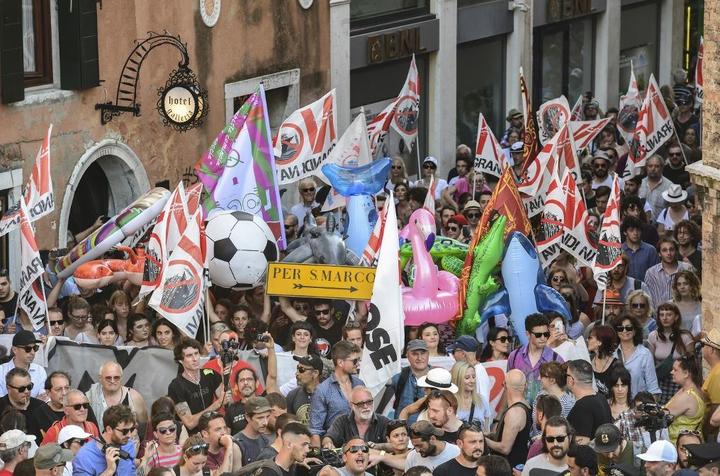