The Queen's official birthday has been marked with the annual Trooping the Colour parade attended by thousands of spectators in Horse Guards Parade in Whitehall in London. 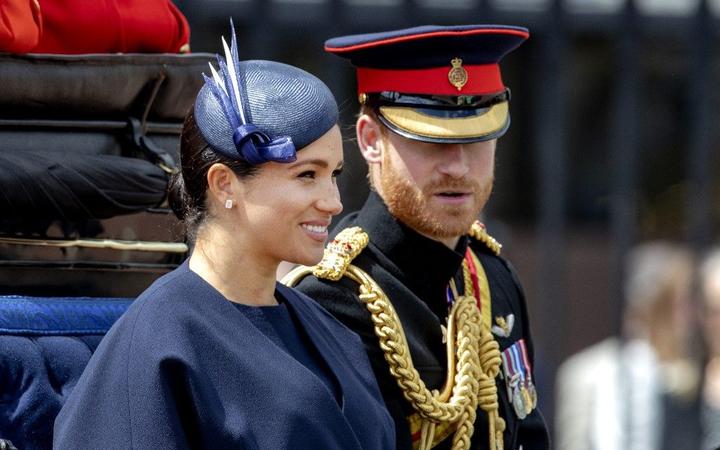 Prince Harry and Meghan, the Duchess of Sussex attend the Trooping of the Colour marking Meghan's first appearance in public since the birth of their son, Archie. Photo: AFP 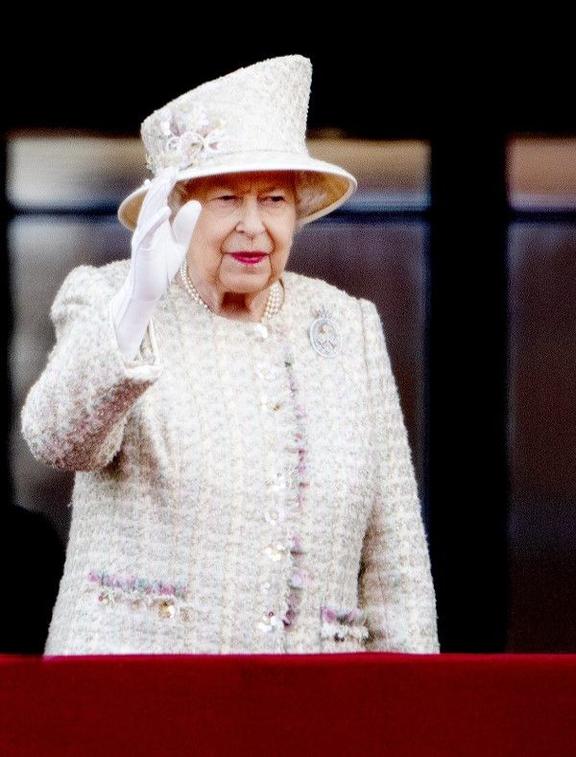 The Queen celebrated her 93rd birthday in April.

The Duke of Edinburgh, who celebrates his 98th birthday on Monday, has retired from official public duties and did not attend.

The Queen watched the ceremony - which this year parades the flag from the 1st Battalion Grenadier Guards - from a dais in Horse Guards Parade and she also inspected the lines of guardsmen.

Among the guests was Theresa May, who formally stepped down as Conservative party leader on Friday, but will remain in office until a successor has been appointed. 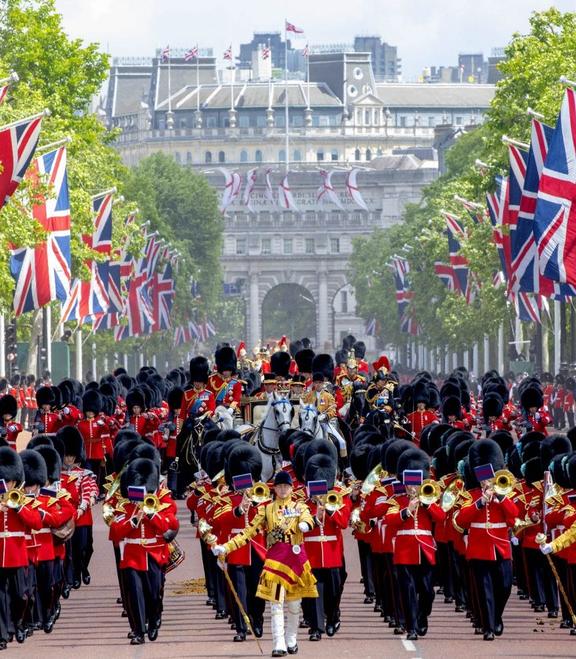 One soldier, Major Niall Hall, of the Regimental Adjutant of the Irish Guards, was thrown from his horse during the parade.

A spokesperson for the Ministry of Defence said Major Hall was immediately treated by a medical team and taken to hospital. His injuries are not life-threatening.

After the parade, the Royal Family returned to Buckingham Palace, where they gathered on the balcony to watch the RAF flypast.

More than 20 aircraft took part including modern jets and historic aircraft, with the Red Arrows as the finale.

Following the parade, which involved about 1400 soldiers, the King's Troop Royal Horse Artillery fired a 41-gun salute in Green Park.

Trooping the Colour originated from traditional preparations for battle and has commemorated the birthday of the sovereign for more than 250 years.

Colours, or flags, were carried, or "trooped", down the rank so that they could be seen and recognised by the soldiers. 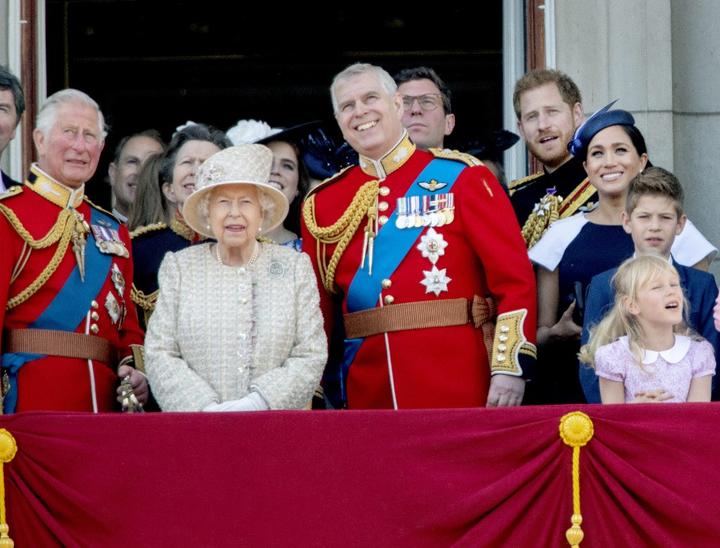