US border patrol agents in Texas have detained hundreds of people from African countries over the past week. 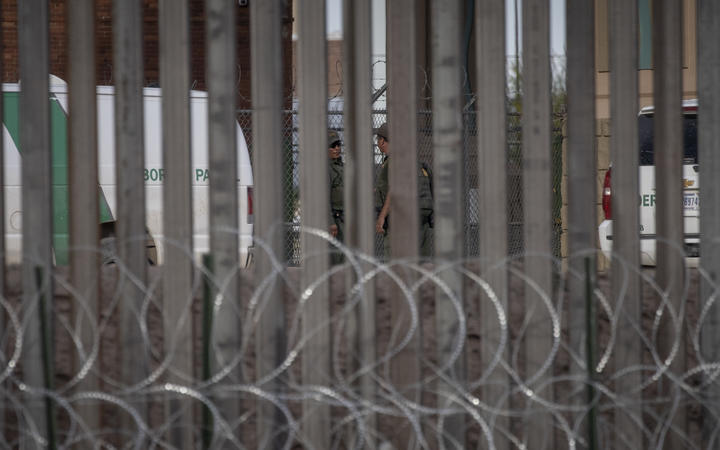 More than 500 African migrants have arrived at Del Rio border patrol sector in the past week. Photo: Photo / AFP

US Customs and Border Patrol (CBP) says the "dramatic rise" in migrants from African countries arriving in the area is a "humanitarian crisis".

More than 500 African migrants have arrived at Del Rio border patrol sector in the past week, since 30 May.

Most of these people are families that have travelled from Angola, Cameroon and the Republic of Congo, CBP said.

Last week, on 30 May, one large group of 116 people who had all originally travelled from African countries arrived at the southern border.

Many of the migrants have also travelled on to San Antonio in Texas, some 240km from Del Rio.

A spokeswoman for San Antonio's city government told BBC News that they were "operating a resource centre for those travelling" and have "partnered up with local charities" to provide people with necessities such as food and shelter.

Local news reporter Jaleesa Irizarry also tweeted that the city was "in desperate need for French-speaking volunteers", and that local centres expected up to 300 more migrants to arrive in the next few days.

It is not clear exactly what route they are taking.

However, in a recent interview with NPR, some African migrants described travelling from their home countries to Brazil, before making their way north through Colombia and Central America towards the US-Mexico border. Such a journey typically takes several months.

Footage released by CBP shows migrants completing the journey's final leg of that journey, by wading through the Rio Grande river that separates Mexico from Texas.

According to the CBP's acting commissioner John Sanders, the agency is currently detaining almost 19,000 people in total.

Since September last year, six children have died in US custody after being detained by border patrol agents.