An Australian police raid on public broadcaster ABC risks having a chilling effect on freedom of the press, its editorial director says. 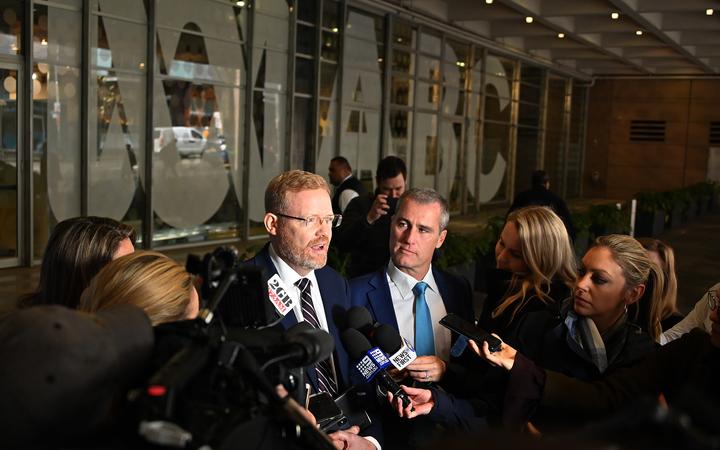 Police officers left the ABC's Sydney headquarters more than eight hours after a raid began over allegations it had published classified material.

It related to a series of 2017 stories known as the Afghan Files about alleged misconduct by Australian troops in Afghanistan.

ABC editorial director Craig McMurtrie told Morning Report the message the raids sent to sources and whistleblowers who wanted to reveal things in the public interest was concerning.

The stories, by ABC investigative journalists Dan Oakes and Sam Clark, revealed allegations of unlawful killings by Australian special forces in Afghanistan and were based on hundreds of pages of secret Defence documents leaked to the ABC.

Mr McMurtrie said the ABC believed it acted lawfully and stood by its reporters.

"It's not as though we're cavalier about these things. We have exhaustive quality control and checking processes and we always strive to act in the public interest.

"It is our job as journalists to hold government authorities and agencies to account and that is why this is so important."

Police officers leaving the ABC's Sydney headquarters took with them two USB drives containing a small number of electronic files, which were sealed in plastic bags pending a review by ABC's lawyers, the broadcaster reported. AFP technicians password-protected the files and police will be unable to access them until the two-week period of review is over.

Police searched for article drafts, graphics, digital notes, visuals, raw television footage and all versions of scripts related to The Afghan Files stories. Thousands of items were found which matched search terms listed in the warrant.

ABC investigations editor John Lyons ended up live tweeting the raid and said it was a "bad, sad and dangerous day" for Australia.

And so it’s off into the night for the six AFP officers. For nine hours they’ve searched through ABC emails and documents. I think there’s a big question for the Australian public: is this what a free press looks like? Thank you all for your interest today. Regards, JL. pic.twitter.com/EXnXhyOPQQ

Australian police raided the Canberra home of a News Corp journalist on Tuesday but said the raids were not linked. They alleged there had been an unauthorised leak of national security information in a story by Annika Smethurst in April 2018 which said the government was considering giving spy agencies greater surveillance powers.

Police questioning of journalists is not new, but raids on two influential news organisations sparked warnings that national security was being used to justify curbs on whistleblowing and reporting that might embarrass the government.