More than 4000 live reptiles - including crocodiles and alligators - have been seized in an international black market crack down. 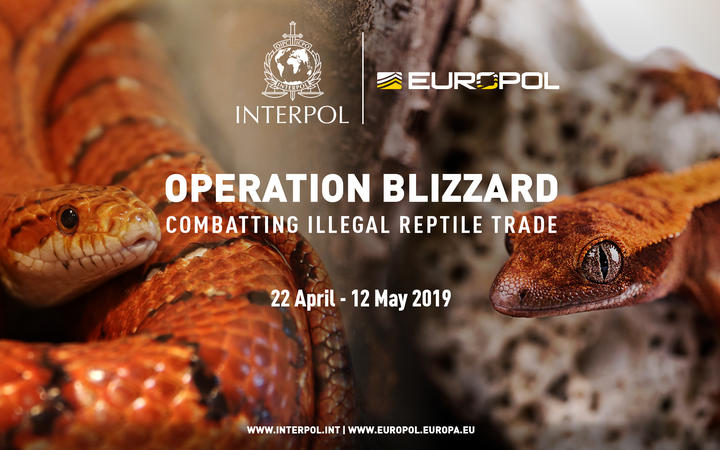 The INTERPOL and Europol-led investigation called Operation Blizzard was assisted by the Department of Conservation (DOC), and has identified almost 200 suspects worldwide.

Investigators in several European countries found thousands of turtles, tortoises, snakes, lizards and geckos - some of them native to New Zealand; and also seized high-end fashion products made from reptile skins.

The seizures in this country include python skin handbags, crocodile watchstraps, and traditional medicines containing turtles.

"The people who've been identified are largely the ones at the top of the tree ... rather than the traffickers and couriers who can at times be much harder to catch," Mr Swain said.

He said Aotearoa's rare, native geckos were popular pets in Europe and Asia.

"True animal lovers would never take part in this black market. As well as damaging wild populations, the conditions in which these lizards are transported for illegal trade can be appalling. Very few of them survive in the process," Mr Swain said.

"Smugglers use a variety of different methods to get reptiles out of the country ... the smugglers and traffickers are constantly adapting to the way we interact with them to try and avoid detection as much as possible," he said. 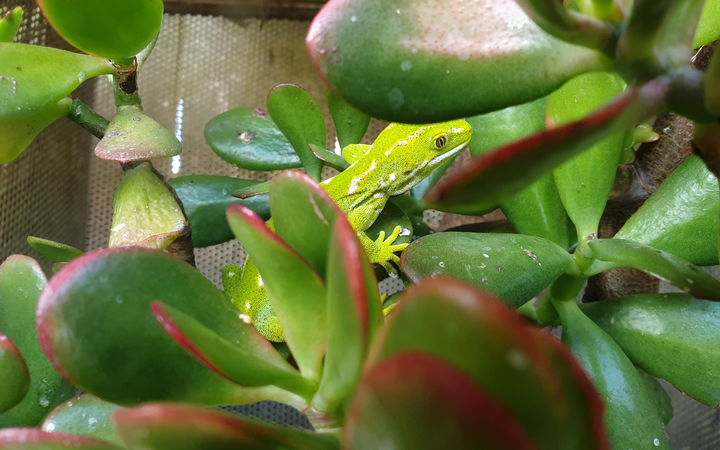 An Auckland Green Gecko during inspection of a permitted holder. Photo: Supplied / Department of Conservation

No arrests had yet been made in New Zealand, he said, but officials had identified a handful of suspects.

"We're talking small groups within New Zealand however they are highly organised and very closely associated with larger groups of organised criminals within Europe," he said.

There was also a small demand to smuggle lizards, snakes and reptile skin fashion products into New Zealand, he said.

The investigation was instigated by DOC because there was "an information vacuum", Mr Swain said.

"Much of the information intelligence we had was starting to get a bit stale and we needed that renewed focus ... we now have many active investigations under way," he said.

"The illegal trade in reptiles has close associations with organized crime - Operation Blizzard sends a clear message to criminals that the global law enforcement community is homing in on them.

"Operation Blizzard clearly demonstrates that by pooling our enforcement and intelligence resources, the enforcement community firmly contributes to disrupting this destructive trade in reptiles. This operation is testimony to what can be achieved if we all work together," said Mr Swain.