A suspected parcel bomb has exploded in the centre of the eastern French city of Lyon, injuring 13 people. 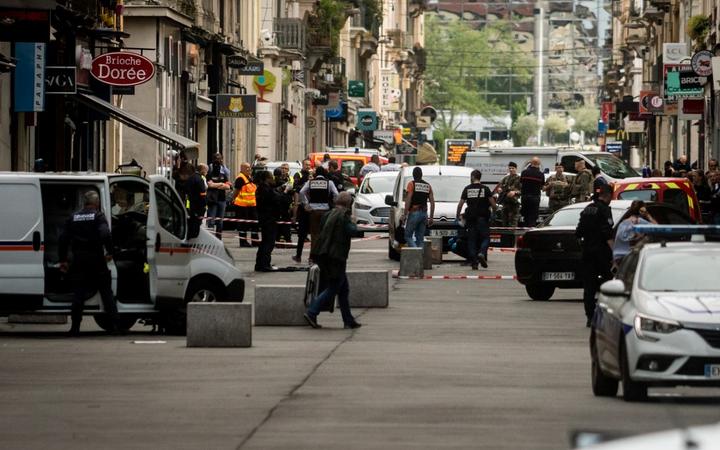 French police search for evidence after a suspected package bomb blast along a pedestrian street in the heart of Lyon, southeast France. Photo: AFP

Those hurt in the explosion on Victor-Hugo Street, including a girl aged eight, appear to have suffered superficial injuries.

Police are hunting a cyclist who was seen leaving the parcel outside a bakery on a street corner, reports say.

Anti-terrorist prosecutors have taken over the investigation in the country's third-biggest city.

French Interior Minister Christophe Castaner said he had ordered security to be boosted in public places and at major events.

The device, which was reportedly full of screws, nuts and bolts, exploded around 5.30pm local time on the street in the historic city centre, between the Saone and Rhone rivers.

Reports say a man aged between 30 and 35 arrived on a bicycle and left the bag. He is said to have been wearing a face mask and dark glasses. 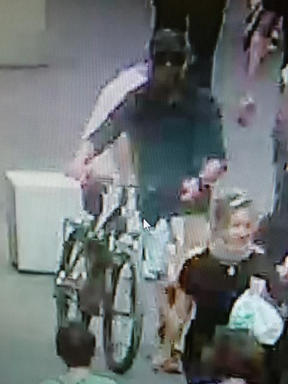 This handout video frame grab from a surveillance. Police are hunting a man believed to be in his early 30s on a mountain bicycle who witnesses and security cameras saw in the area immediately before the explosion. Photo: AFP

French media quoted a receptionist at a nearby hotel as saying there had been a "deafening blast".

The mayor of Lyon's 2nd Arrondissement, Denis Broliquier, said he was certain the device had been designed to cause injury.

Several witnesses had told him, he said, that the device had been placed in a bag and left by a man filmed by municipal CCTV.

Two metro stations in the city - Ampère Victor Hugo and Bellecour - have been closed, police said.

The last time a parcel bomb had exploded in France was in 2007 when a device killed one person and injured another in front of a law office in Paris, AFP news agency reports. Police never found the bomber.

Jihadist gun and bomb attacks have killed more than 250 people in France since 2015 and the country remains on high alert, with military patrols a regular feature of security in cities including Lyon.