House Democrats have renewed calls for impeachment proceedings against President Donald Trump, after a former White House counsel failed to appear before Congress despite a subpoena. 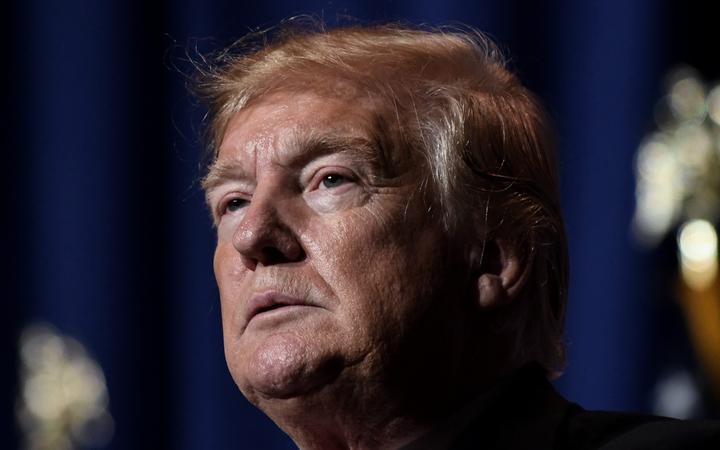 Donald McGahn skipped a hearing on Tuesday about the Mueller report.

In an extraordinary move, President Trump has vowed to block all subpoenas of his current and former staff.

"Our subpoenas are not optional," said House Judiciary Committee chairman Jerry Nadler, after the failed hearing.

"Let me be clear: this committee will hear Mr McGahn's testimony, even if we have to go to court to secure it," he said.

The Trump administration claims that the report by Special Counsel Robert Mueller, into allegations of Russian collusion and obstruction of justice, cleared him of wrongdoing, and that there are no further questions to answer.

The administration also claims that staff cannot legally be compelled to testify, but Mr Nadler said he would hold Mr McGahn in contempt and pursue other means of compelling testimony.

"We will hold this president accountable, one way or the other," he said.

President Trump responded on Twitter on Tuesday, arguing that he had "allowed everyone to testify" to Robert Mueller's team, and accusing the Democrats of seeking a "do-over" of the special counsel investigation.

So even though I didn’t have to do it with Presidential Privilege, I allowed everyone to testify, including White House Counsel Don McGahn (for over 30 hours), to Robert Mueller and the 18 Angry Trump-Hating Democrats, and they arrived....

Democratic Party leaders have so far held off pressure from their lawmakers to begin impeachment proceedings, and the party is divided over the merits of the move, but the pressure is growing as the president stonewalls congressional inquiries.

"Stonewalling Congress on witnesses and the unredacted Mueller report only enhances the president's appearance of guilt, and as a result, he has pushed Congress to a point where we must start an impeachment inquiry," said Democratic representative Mark Pocan, one of the leaders of the progressive wing of the Democratic Party.

"We need to do our job and vote on impeachment," tweeted Representative Alexandria Ocasio-Cortez.

Why did McGahn not testify?

Both the Department of Justice and White House released statements on Monday arguing that Mr McGahn was under no obligation to give evidence. 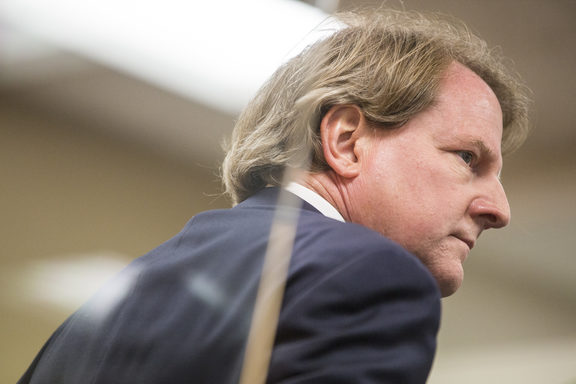 A letter to the House of Representatives Judiciary Committee said Mr McGahn was "absolutely immune from compelled Congressional testimony". Mr McGahn, who served as White House counsel for nearly two years under Mr Trump before his resignation in October 2018, said he would respect the president's instruction not to appear.

White House press secretary Sarah Sanders accused Democrats of pushing for "a wasteful and unnecessary do-over" of the Mueller report.

Citing the justice department guidance, she said: "The former counsel to the president cannot be forced to give such testimony, and Mr McGahn has been directed to act accordingly."

According to a New York Times report, Democratic lawmakers and aides were examining possible rules changes to allow the House to fine people held in contempt, as well as other means to break the impasse.

Presidential administrations have challenged subpoenas before, but analysts says President Trump's vow to block all subpoenas issued by the House Judiciary Committee in relation to the Mueller report is unprecedented.

What is this about?

The subpoena for Mr McGahn's testimony is part of a wider inquiry by Congressional Democrats into Mr Trump's alleged obstruction and abuse of power.

In March, the House Judiciary Committee issued document requests related to the investigation of 81 people and groups.

Mr McGahn was interviewed for 30 hours by Mr Mueller's team of investigators, and was frequently cited in their 448-page report, released in April.

Mr Trump later said he had authorised this co-operation with Mr Mueller.

The Mueller report detailed how Mr McGahn felt the president had pressured him to fire Mr Mueller and, later, write a memo saying that Mr Trump had issued no such directive.

US Attorney General William Barr was questioned this month about the matter by Senate Democrats.

Mr Barr said the president had only suggested that Mr Mueller be "replaced" because of a perceived conflict of interest - and then instructed Mr McGahn to correct inaccurate media reports.

Mr McGahn left the White House in October to return to a Washington law firm, Jones Day, which represents the Trump campaign.