Six people have died in civil unrest that gripped parts of Jakarta today after the election commission confirmed President Joko Widodo won last month's election, according to the Jakarta's governor. 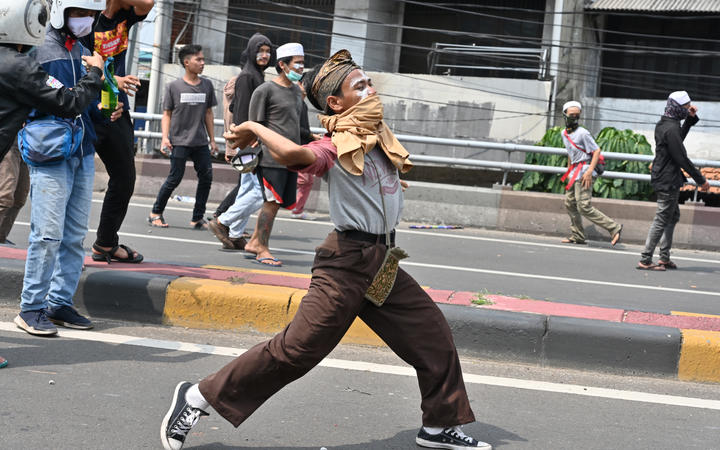 Protesters hurl rocks toward police during a clash in Jakarta. Photo: Photo / AFP

"As per 9am [local time], there were 200 people hurt being brought to five hospitals," Governor Anies Baswedan told broadcaster TVOne. "The number of people dead was six."

He said hospitals were conducting post-mortems to determine the cause of the deaths.

Hundreds of protesters were still locked in a tense stand-off with police in central Jakarta on Wednesday after a night of violence. Television footage showed smoke billowing from behind dozens of protesters in streets of the Tanah Abang district, with some throwing firecrackers and tearing down public fences.

News agency Antara reported that a small number of protesters had attempted to storm a nearby police station and were using tables as barricades.

Several office buildings and embassies in downtown Jakarta were closed on Wednesday, as were train stations in the area.

A separate crowd in front of the election supervisory body threw rocks and firecrackers at police around dawn, and dozens of chanting protesters joined them during the morning.

Hundreds of police in riot gear blocked the usually busy Sarinah intersection to hold back a crowd they said was expected to swell further in the afternoon.

"We will keep going with these protests until he (Widodo) falls," said Afi Sikumbang, 58, a Prabowo supporter. 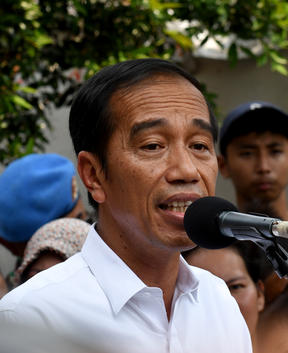 The General Election Commission (KPU) on Tuesday confirmed unofficial counts by private pollsters in the April 17 election, which gave Widodo a 55.5 percent share of votes against 44.5 percent Prabowo.

Widodo won more than 85 million votes of a total of 154 million cast in the world's third-largest democracy, but Prabowo told reporters he believed there had been widespread cheating.

The retired general pledged he would "continue to make legal efforts in line with the constitution to defend the mandate of the people", with his legal director stating the campaign planned to contest the result in the Constitutional Court.

On Tuesday, an election supervisory agency dismissed claims of systematic cheating, citing a lack of evidence. Independent observers have said the poll was free and fair.

Widodo was congratulated for winning the election by former president and Democratic Party chairman Susilo Bambang Yudhoyono, who is part of the coalition backing Prabowo.

The National Mandate Party (PAN), which is also part of the Prabowo coalition, has also acknowledged the results of the election, which are being rejected by Prabowo's Great Indonesia Movement (Gerindra). 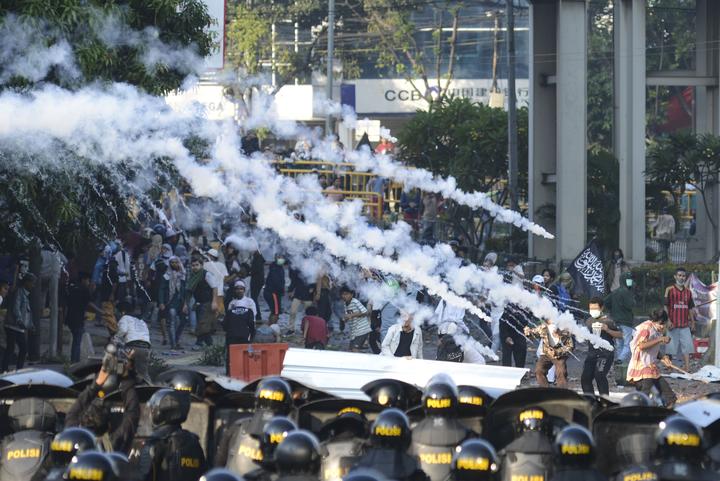 Presidential Chief of Staff Moeldoko told reporters on Wednesday he believed there was "a systematic effort by a certain group, outside of the terrorist group, that is riding on the situation to muddy the situation", adding that authorities have seized two pistols from people involved in riots.

"We know who is behind this, it is a matter of time," he said, adding that security was under control.

Police spokesman Dedi Prasetyo told Reuters today that Indonesian police had arrested at least 20 people for provoking the riots and were checking on reports of casualties.

He stressed that security officers on the ground, which included military personnel, were not equipped with live bullets.

News website Tirto reported a man died of bullet wounds in Tanah Abang, quoting a doctor at a hospital near the site.

Indonesian authorities say 40,000 police and army personnel are on duty across Jakarta to maintain security.

Australia, the United States, and Britain issued travel advisories warning of an increased risk of violence across Indonesia and advising citizens to stay away from protests.