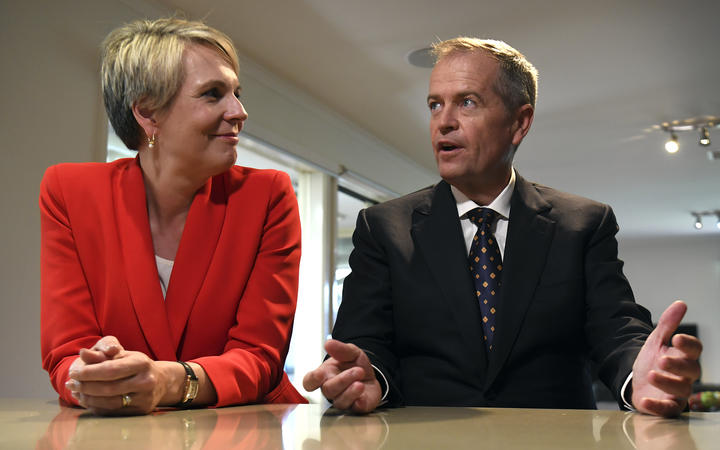 Ms Plibersek yesterday said she was considering running for the top job after Labor's shock election loss at the weekend.

But she now says she cannot "reconcile" responsibilities to her family along with taking over Labor's leadership.

"I am overwhelmed by the confidence my colleagues, the union movement, and Labor party members have placed in me," Ms Plibersek said in a statement.

"I thank them from the bottom of my heart for their support.

Mr Albanese yesterday launched his candidacy and argued he was the best person to lead Labor.

"I know some people will be disappointed with this decision," she said.

"I intend to continue as deputy leader until the leadership is determined.

"At that point I will I serve in whatever capacity my colleagues best think can help Labor return to government."

Ms Plibersek has been Labor's deputy for the past six years.

She and Mr Albanese are both in the left faction and sit in neighbouring inner Sydney seats.

That means Ms Plibersek is very unlikely to remain as the deputy leader because, traditionally, the party balances its leader and deputy between factions and states.

"Whatever my colleagues decide, I will play a role in taking our economic and social policy agenda to the next stage," she said.

Labor's national executive will meet on Wednesday to determine the process to replace Mr Shorten.

He will serve as Labor's "outgoing leader" and will not contest the leadership.

That would mean Mr Shorten could still be in the leader's chairperson if the government recalls Parliament before Labor picks its new leader.