The Perth father of a 23-year-old man who was hacked to death by a Rwandan militia has been left devastated after discovering two of his son's alleged killers have been resettled in Australia. 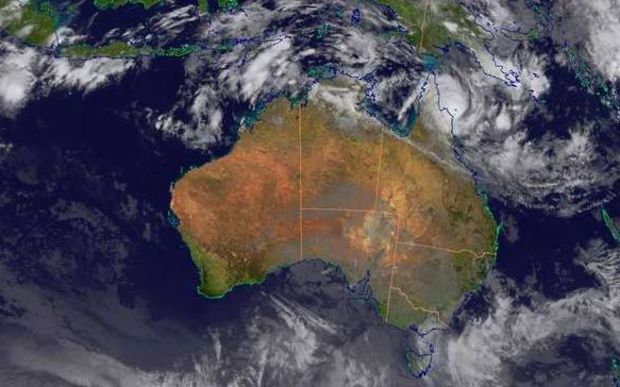 David Roberts, an Australian citizen for two decades, said he and wife Laura were not told by the Federal Government of their plans to resettle the two Rwandans from the United States, instead learning about the move when he watched the news on TV last night.

The couple's Melbourne-based son, Steven, was among a group of tourists brutally murdered in a Ugandan national park in 1999, amid a time of civil unrest five years after the Rwandan Genocide that killed 800,000 people in a 100-day slaughter.

Mr Roberts said 20 years of grief instantly came rushing back when he heard the news of the resettlement deal.

He said he felt the Australian government had let him down.

"It was obviously very, very difficult to get over for a lot of years," he said.

"After 20 years, you start to get over it a little bit and get on with life a little easier, and this has just brought it all back, really totally unnecessarily."

After spending years in US immigration detention, the two Rwandan men were recently settled in Australia as part of a refugee swap deal first negotiated by former prime minister Malcolm Turnbull and Barack Obama's US administration.

The deal was exposed in leaked transcripts of a heated first phone call between US President Donald Trump and Mr Turnbull soon after Mr Trump's inauguration.

The Home Affairs Department and other agencies spent hours on Thursday refusing to confirm the men's status after Immigration Department sources confirmed to the ABC that the two accused murderers were settled in Australia last year. 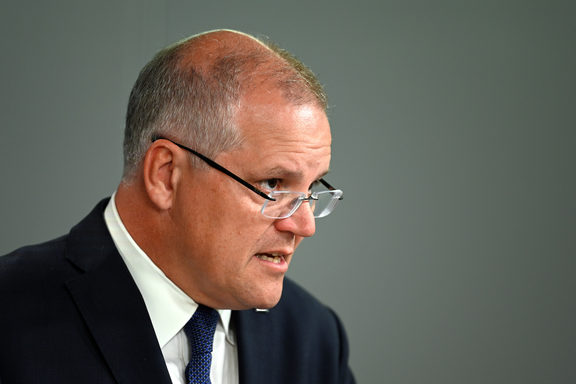 Late on Thursday, Prime Minister Scott Morrison confirmed the other two men had been settled in Australia, after undergoing checks relating to national security, criminality, war crimes and crimes against humanity.

"That resulted in an assessment that they did not represent a risk to security and they were cleared," Mr Morrison said.

"When you take someone as a refugee into your country, then you have to look at any issues that may have related to war crimes," he told Nine News.

"Those matters were fully assessed by security agencies and they positively enabled those people to be resettled in Australia.

Mr Roberts said he could not believe how this deal had been allowed to happen and said he was "disgusted" when he heard Mr Morrison's comments.

"I would like to know more about their immigration checks. I'm finding it hard to believe that our Government were not aware of what these people have been accused of," he said.

He also said he found it hard to accept the Government would allow people suspected of such severe crimes into Australia in exchange for refugees on Manus Island and Nauru who had no criminal past.

"The people they had on Manus Island were innocent people, they weren't criminals or murderers," he said,

"To say that they're not allowed into the country, and these characters that they brought in are acceptable, doesn't really make a lot of sense.

"Not in exchange for refugees who have never harmed anyone."

Sister of US victim left in shock

Outrage at news of the deal has been expressed by relatives of the victims in both Australia and the United States.

The little sister of Rob Haubner, an American tourist bludgeoned to death, was shocked the Federal Government would allow two of his accused murderers to secretly settle in Australia.

DeAnne Haubner Norton said the men, who have long claimed they would be persecuted if returned to Rwanda, should not have been allowed to settle in Australia.

"Well my brother was probably saying the same thing as [they] were taking a weapon to him."

Ms Haubner Norton, who only heard the news when contacted by the ABC, said the deal was "clearly bad and a dud".

"Your leaders say there are strict security checks, but refugees that come off a boat are not in the same class as people involved in genocide," she said.

In 1999, a group of tourists including Mr Roberts, 48-year-old Mr Haubner and his 42-year-old wife, Susan Miller, travelled to the Bwindi Impenetrable Forest of Uganda to see rare mountain gorillas.

"He went to Africa on that holiday and never came back," David Roberts said.

The serenity of the surrounding jungle was shattered on the morning of March 1, when a group of 100 to 150 armed men stormed into their campground and rounded up visitors.

American and British tourists were deliberately sought out.

The fighters were ethnic Hutu rebels, who opposed the US and UK's support for the Ugandan military and others seen to be sympathising with the rival Tutsis in Rwanda.

The fighters targeted those carrying US and UK passports, and those seized were taken on a forced march towards the Congo border. Some were left behind or allowed to leave along the way.

Eventually, an American safari leader persuaded the captors to release most of the hostages.

As the group returned to the camp, they discovered the bodies of eight people - two New Zealanders, four British citizens, including Mr Roberts, and the two Americans.

Almost all had been hacked at or bludgeoned.

"They were hacked to death with machetes and axes, no guns involved," Mr Roberts said.

"[It was] pretty barbaric, and Steven was one of the unlucky ones."

Eventually, three Rwandans admitted to being involved in killing Mr Haubner and his wife, and were extradited to the United States, where prosecutors pushed for the death penalty.

But in 2006 the case suddenly collapsed when a judge ruled the confessions had been obtained through torture in Rwandan prisons.

"I was extremely upset, very mad at the judge," Ms Haubner Norton said.

"I thought there was then no chance of justice."

Until the end of last year, all three languished in immigration detention.

They refused to return to Rwanda and the US Government would not release them into the community.

One is still in a facility in Miami, Florida - the ABC's request for an interview with him was denied.

The ABC has spoken to people who survived the attack in Uganda, who were uncomfortable with some aspects of the American prosecution.

Despite the confessions, they long worried it was difficult to definitively prove the three Rwandans - in a large group of rebels - were solely responsible for killing the two Americans.

"I don't know that these particular men were the exact ones that wielded the machetes, but I was happy that someone was going to have to face some justice," Ms Haubner Norton said.

"They were obviously involved and they needed to be punished in some way. They confessed.

Mr Roberts said the unsuccessful prosecution by the US had brought little sense of justice, but he had taken solace in knowing the men he believes were responsible for his son's death were "locked up".

He said he also held very real concerns for members of whichever Australian community these men were now living in.

"That's what worries us, we don't even know where they are, and to think with their history, they shouldn't be walking around anywhere in Australia or anywhere else," he said.

Ms Haubner Norton said the men had been allowed to "basically go free" thanks to Australian Government's deal.

"You murder people and you get a free ticket to the free world and get to live your life in relative comfort.

"They should be home in Rwanda, where they came from. Whatever awaits them there, awaits them."