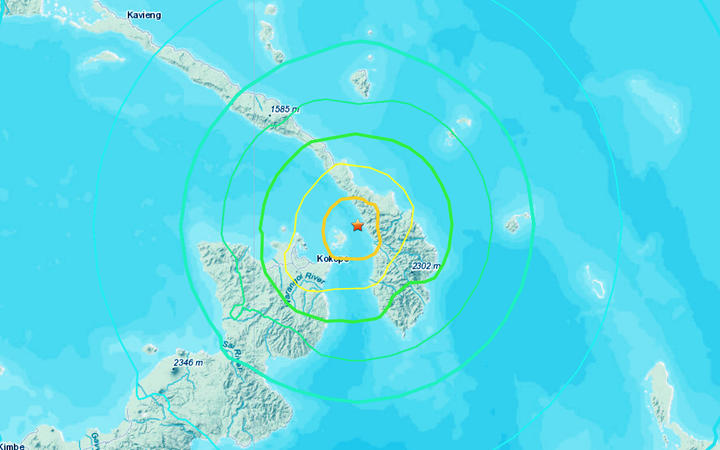 It triggered an initial tsunami warning, though local officials said no waves were observed nor any casualties yet reported, with a full assessment of damage not possible until daybreak.

Namatanai district on New Ireland is the populated area closest to the epicentre.

The MP for Namatanai, Walter Schnaubelt, says preliminary reports from his district indicate the violent shaking caused numerous houses in Konoagil sub-district to fall over.

He says no deaths have been reported, but is waiting for a more extensive report from a district team that has been dispatched to assess damage.

Meanwhile, MP Jelta Wong for Gazelle district in East New Britain, some 33km to the west of the quake epicentre said he was waiting on a rapid assessment but there had been a lot of damage from the quake.

The districts close to the epicentre have all experienced power outages.

"It was very, very violent," said Frank Kilaur, a sergeant at the Rabaul police station said after the quake. "It was very strong and shook the whole place up.

"At the moment there's no damage, but we have to wait until daylight, we're in pitch black right now."

"We will have some more reports, probably in the morning, so we will wait. We are okay here."

In an update this afternoon, the national provider PNG Power says electricity has not yet been restored to the East New Britain grid.

The company said two power stations suffered minor damage and will need to be repaired.

It said work is under way to check generators and power lines. 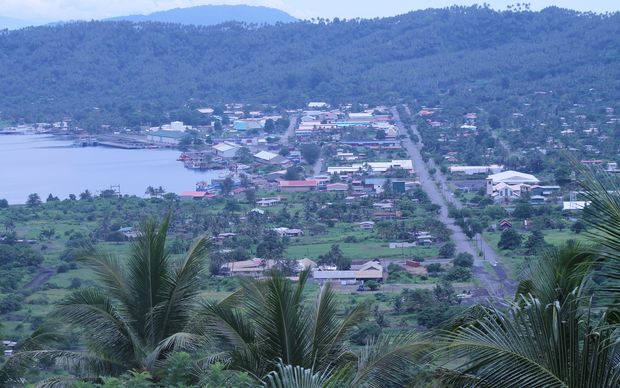 Mr Kilaur said the earthquake had sent panicked residents fleeing into the streets, although he said the town quietened down again soon after. There had been violent aftershocks through the night, he said.

An initial scan by torchlight showed no significant damage in the town, he said, adding that authorities were waiting for daylight to conduct a more thorough assessment.

The police were yet to hear from remote areas outside of the town, and from small islands closer to the epicentre, he added.

A spokesperson for the district's Nonga Hospital said no one had been taken there needing treatment.

There is no tsunami threat to New Zealand following the M7.7 NEW BRITAIN REGION PAPUA NEW GUINEA earthquake. Based on current information, the initial assessment is that the earthquake is unlikely to have caused a tsunami that will pose a threat to NZ. https://t.co/ccVFYQQoBr

The shallow earthquake trigged an initial tsunami warning for Papua New Guinea and nearby Solomon Islands, with the Pacific Tsunami Warning Centre forecasting a surge as high as one metre.

But early on Wednesday, the centre said the threat had largely passed with no reports of tsunami waves.

Don Tokunai, a disaster official on Rabaul, said villagers close to the epicentre had reported the ocean receding, but there was no tsunami wave.

"They said they just woke up and felt the shake, but that they are still okay there," he said.

"As yet we haven't received any information about damage," he said.

Papua New Guinea is one of the most seismically active countries in the world, sitting on the Pacific's Ring of Fire. Tuesday's tremor was the third earthquake in three months with a magnitude higher than seven.

Rabaul itself is no stranger to natural disaster either, with much of the town buried by ash in a 1994 volcanic eruption.