Pompeo in secret visit to Iraq 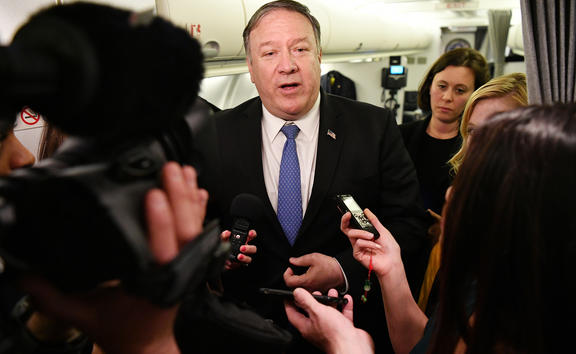 US Secretary of State Mike Pompeo speaks to reporters in flight after a previously unannounced trip to Baghdad. Photo: AFP

US Secretary of State Mike Pompeo has made an unscheduled, fleeting visit to Iraq amid growing tensions with Iran.

Mr Pompeo cancelled a trip to Berlin to meet Iraqi leaders during a four-hour stop in the capital Baghdad.

He told the leaders the US did not "want anybody interfering in their country", and asked them to protect US troops in Iraq.

The visit came days after the US deployed an aircraft carrier, USS Abraham Lincoln, to the region.

Officials said the deployment was in response to threats to US forces and its allies from Iran.

The US has given little information about the exact nature of the reported threat, which Iran has dismissed as nonsense.

South Africa goes to the polls

Anger over corruption, the faltering economy and land reform are key issues as South Africans vote in the sixth democratic nationwide election since apartheid ended 25 years ago.

The African National Congress (ANC), which led the fight against apartheid, has governed the country since 1994.

But its support has eroded as large inequalities have remained.

Apartheid, in place from 1948 to 1994, legalised racial discrimination privileging white people, and land ownership has remained a contentious issue.

The white minority still owns disproportionately more land than the black majority. The EFF has led the charge in trying to change this.

Folau in breach of player code 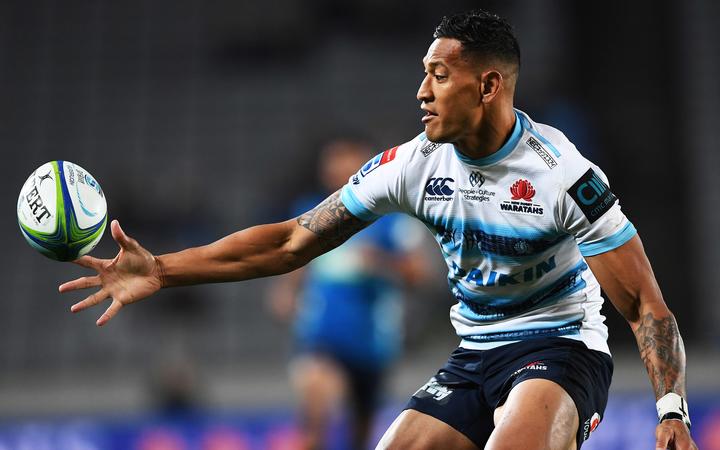 Israel Folau has been found guilty of a "high level breach" of Rugby Australia's player code of conduct after he said "hell awaits" gay people in a social media post.

A three-person panel who presided over his hearing will now consider what punishment the 30-year-old will face.

His Australian rugby contract was terminated in April but he requested a hearing.

The panel will take written submissions from both parties before deciding Folau's sanction.

Venezuela to prosecute Guaido-backers for treason 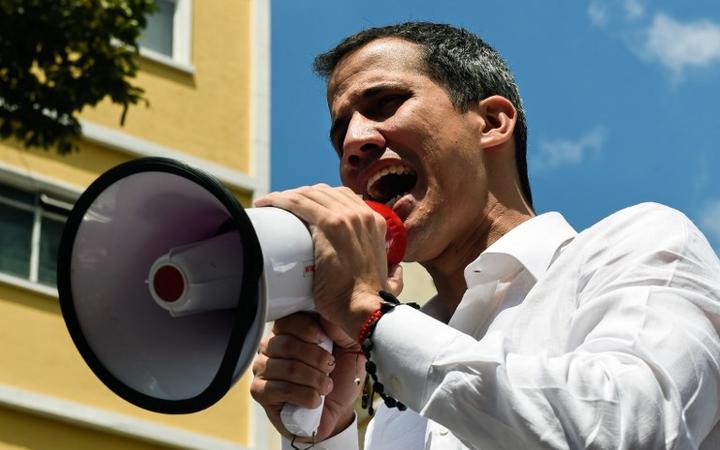 Soon after the announcement, the Constituent Assembly - which effectively acts as a regime rubber stamp - stripped the seven lawmakers of their parliamentary immunity.

Iran reconsiders nuclear deal after pressure applied by US

Iran has pulled out of "some commitments" under the 2015 international nuclear deal, a year after it was abandoned by the US.

President Hassan Rouhani informed other major powers still committed to the deal of the decision on Wednesday.

He did not specify which commitments Iran would stop implementing.

The deal is aimed at curbing Iran's nuclear ambitions in return for sanctions relief, but Iran-US tensions have risen since Washington quit.

Iran's economy has since been hit by renewed US sanctions on its oil and financial sectors.