US Attorney General William Barr has refused to testify to the Democratic-led House Judiciary Committee on his handling of the Russia inquiry. 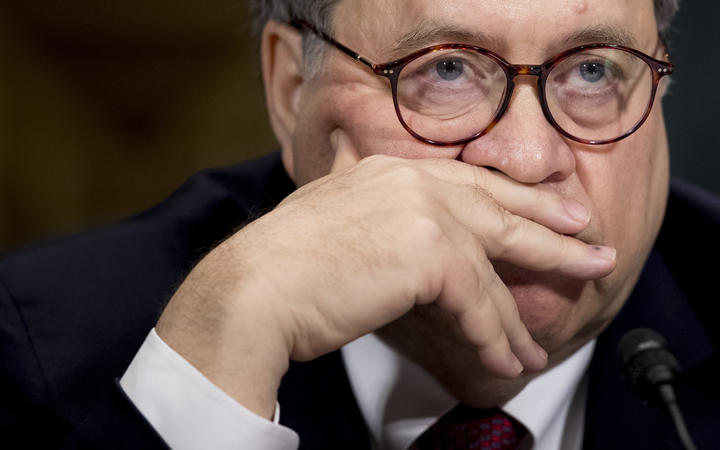 Mr Barr had previously objected to a plan for lawyers to ask questions at Thursday's hearing.

The standoff raises the prospect that Mr Barr, America's top legal official, could be held in contempt of Congress.

On Wednesday, Mr Barr was grilled by a Senate panel about his decision to clear President Donald Trump of obstruction of justice.

His defence of his actions before the Republican-led Senate Justice Committee came after Special Counsel Robert Mueller - who led the investigative hunt for links between the 2016 Trump campaign and Russia - expressed frustration over the report summary.

Mr Mueller is expected to testify to Congress later this month.

A Department of Justice statement said Mr Nadler had placed conditions on the House Judiciary Committee hearing that were "unprecedented and unnecessary".

The department said that the planned move to have attorneys question Mr Barr was unnecessary because most of the committee members were themselves lawyers.

However, Mr Nadler told reporters he believed that Mr Barr was afraid to testify on Thursday given "how dishonest he has been".

"We plan on subpoenaing him if he decides not to show up. He can run but he can't hide," he said.

"I hope and expect that the attorney general will think overnight and will be there as well," he added.

Mr Barr testified for the first time on Wednesday since the release of Mr Mueller's 448-page report.

The special counsel did not establish any collusion between the Kremlin and the Trump campaign.

However, the report did not exonerate the president of obstruction of justice. It concluded the Republican president had repeatedly intervened with an inquiry that he feared would doom his presidency.

Mr Barr, who was appointed by Mr Trump, told the Senate Judiciary Committee he was "frankly surprised" Mr Mueller did not reach a conclusion on whether the president had tried to obstruct justice.

The attorney general added that he was "absolutely" confident in his own judgment that Mr Trump did not unlawfully attempt to impede the investigation.

"I think that if he felt that he shouldn't go down the path of making a traditional prosecutorial decision, then he shouldn't have investigated," he said.

Mr Barr's testimony came after a letter he had received from Mr Mueller was made public.

In the document, the special counsel stated that Mr Barr's summary "did not fully capture the context, nature and substance" of his report's findings, and caused "public confusion about critical aspects of the results of our investigation".

The letter, dated 27 March, expressed Mr Mueller's frustration that Mr Barr had not released the executive summaries prepared by the special counsel's team.

During the hearing, Mr Barr said that Mr Mueller was not concerned with the accuracy of the summary, but with how it was being reported by media.

"My understanding was his concern was not the accuracy of the statement of the findings in my letter, but that he wanted more out there to provide additional context to explain his reasoning and why he didn't reach a decision on obstruction," he said.

Mr Barr argued that the objections to his summary should be nullified by the release of the report itself, calling the controversy surrounding the summary, and the consequent hearings, "mind-bendingly bizarre".

"I made clear from the beginning that I was putting out the report, as much of the report as I could, and it was clear it was going to take three weeks or so, maybe four, to do that," Mr Barr said.