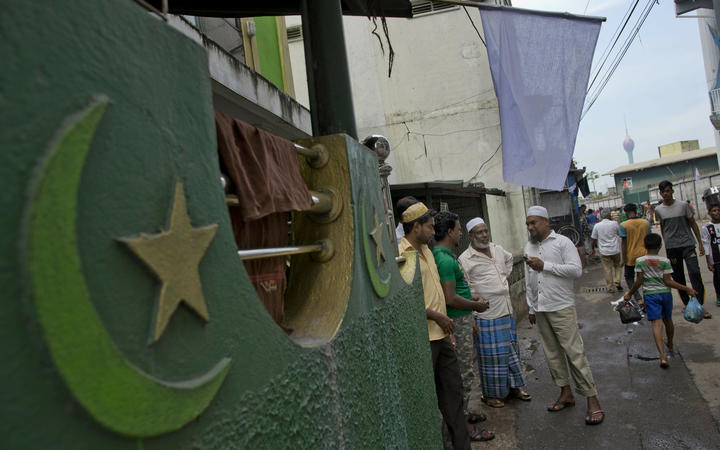 NTJ and JMI have been banned under new emergency laws brought in after the attacks, which killed more than 250 people.

Nearly 10,000 soldiers have fanned out across Sri Lanka, as security forces continue try to find those who helped carry out the attacks.

The search for suspects took a deadly turn last night when three suspected Islamist militants blew themselves up during a police raid in the east of the country, killing 15 people including six children.

Scurity forces tried to enter a house in Sainthamaruthu near the home town of the suspected ringleader of the Easter Sunday attacks, Mohamed Hashim Mohamed Zahran.

The Sri Lankan military said bomb-making materials, dozens of gelignite sticks and thousands of ball bearings were found in a search of a separate house in the same area, along with Islamic State banners and uniforms.

Zahran appeared in a video released by Islamic State days after the bombing, the only one showing his face while seven others were covered.

Security forces raided another building in a nearby town where they said they found explosives and a drone.

Eighty suspects have now been arrested across Sri Lanka.