A Melbourne cafe that suggested an 18 percent surcharge for male customers in an effort to address the gender pay gap is closing. 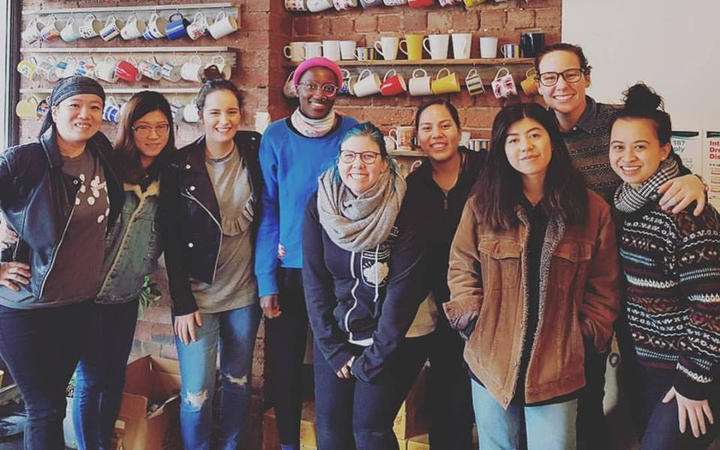 Owners of Handsome Her cafe insisted the man tax did not run their business into the ground. Photo: Facebook / Handsome Her

Handsome Her gained online notoriety in 2017 when it stipulated in its house rules that men would be charged an 18 percent premium "to reflect the gender pay gap [2016] which is donated to a women's service".

Photos of the sign were shared on social media, where the cafe's business concept was vigorously debated.

The surcharge was optional and only applied during one in every four weeks.

Two years on, the cafe's owners have announced they will cease trading on 28 April.

In a comment on Facebook, the administrators of the cafe's page said the reaction to the man tax "showed us how fragile masculinity is and solidified the necessity for us to confront and dismantle patriarchy".

"We were just one little tiny shop on Sydney Rd that was trying to carve out a swathe of space to prioritise women and women's issues, and suddenly we became the punching bag of Melbourne and the internet."

The owners insisted the cafe was not closing because it has not made enough money, or because of "male tears or misogynistic vitriol from men's rights activists".

They denied the man tax had run their "business into the ground", saying they simply did not want to own a cafe any more.

"If you've been in, you know we are doing just fine," the post said.

"Most of our male customers have happily paid above and beyond the optional surcharge (man tax) which we donate to charity.

"For real though, we have sold the business because we are young, educated and off on our next adventure."

The cafe's co-owners Alex O'Brien and Tessa Plueckhahn told the ABC they were proud of their work in creating a space where people could meet in person to discuss politics and big ideas.

"We have done so much interesting stuff," Ms Plueckhahn said.

Any adverse reaction to their cafe's house rules stayed online, with Ms Plueckhahn saying that despite the fact they invited those who had made negative comments online to come to the cafe for a respectful discussion, none ever accepted the offer.

She said the motivation for those who had made offensive remarks on social media was "good old-fashioned misogyny and prejudice".

Running the cafe was a 24/7 enterprise, Ms Plueckhahn said, and while she would do it all again she was looking forward to taking a break.

She also said the cafe owners were planning to hold future political discussion nights to keep up their engagement with the community.

"The cafe is closing but we are definitely going to take our politics into the world with us," she said.