Two years after French presidential favourite François Fillon was in a public funding scandal, investigating judges have recommended that he and wife Penelope Fillon should go on trial. 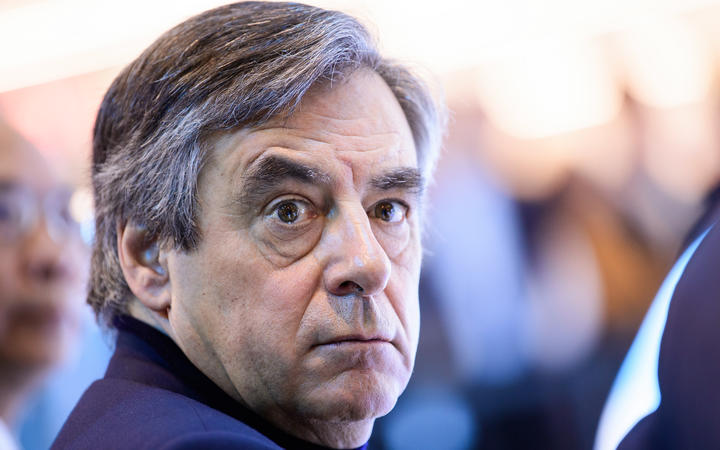 The Fillons have always insisted she had carried out the work.

Who is François Fillon?

It was January 2017, and Mr Fillon, the Republicans party candidate, was leading the polls three months ahead of the first round of presidential elections.

A prime minister under Nicolas Sarkozy until 2012, he was a safe pair of hands for the centre right.

But then came a raft of allegations published by satirical weekly Le Canard Enchainé, surrounding hundreds of thousands of euros paid in wages over several years to Penelope Fillon while she was employed by her husband and then by his successor as MP, Marc Joulaud.

Mr Fillon's ratings dived as the judiciary announced a full inquiry and he came third in the first round of the election, with 20 percent of the vote.

What have investigators decided?

According to French reports, investigating judges from France's financial prosecution office have called for the Fillons and Mr Joulaud to go to court.

Mr Fillon is cited for alleged misuse of public funds, concealing the misuse and failing to declare it to French authorities, says Le Monde, quoting a 150-page document handed to officials last Friday.

Mr Fillon's lawyers complained that the news had emerged in French media before their client had himself been told.

"It shows just the sort of spirit in which this entire inquiry has been handled, and we'll react on the substance of it when we've had a chance to look into the document," Antonin Lévy told AFP.

Mrs Fillon's lawyer was also damning of the breach of investigative secrecy. "Everything about this case is abnormal," said Pierre Cornut-Gentille.

There was talk of the case beginning by the end of the year, he said, even though such cases usually took at least 12 months to get under way.