A toddler who had his skull fractured by two dingoes on Queensland's Fraser Island is doing well after surgery, his family says. 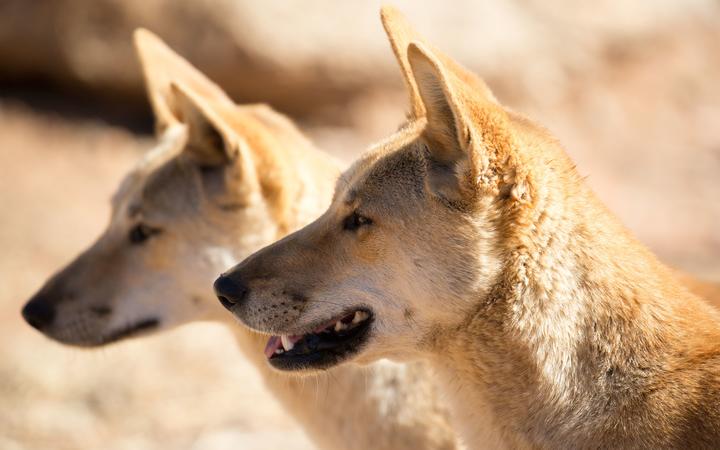 Specialist rangers are hunting for the two dingoes that carried out the attack on the toddler. Photo: 123RF

The dingoes got into the 14-month-old boy's camper trailer - which was parked outside the designated camping areas - just after midnight on Friday.

As he was being dragged away by the head, his screams woke his father, who chased the wild dogs for about 15 metres and wrestled his son to safety.

The boy was initially flown to Hervey Bay but was then transferred to the Queensland Children's Hospital in Brisbane for surgery.

"He has suffered multiple puncture wounds to his neck and skull," his parents said in a statement. "Our son is doing well and in a stable condition.

"We would like to thank everyone who has helped and cared for our son, including the emergency services and the hospital teams."

The Environment Department said today they were yet to find the dingoes responsible. Specialist rangers have been brought in and patrols stepped up.

The incident comes after a six-year-old boy was bitten multiple times in January, and a nine-year-old boy and his mother were attacked in February.

Wildlife researcher Ben Allen said dingoes were treated well on Fraser Island, compared to other places across Australia, and that could be fuelling their emboldened behaviour.

"Across most of the country dingoes are not liked, they're shot at and baited and things like that," he said. "They don't hang around people.

"Everywhere where you have people providing a happy environment for dingoes, they get quite comfortable.

"They get very very habituated and when that happens you can run into problems."

He said the 15-kilogram dogs may not seem like much to some people, but they are "very capable predators, probably the most serious ones we've got in Australia".

He said it was not unusual for dingoes to get into tents or camper trailers, but they usually take a loaf of bread. "But to be that bold or confident to take the boy is certainly concerning," he said.

He said Friday's attack is reminiscent of the haunting attack on Azaria Chamberlain in the 1980s. "Every time we have a serious incident like this on Fraser Island, or anywhere else, one of the things that goes through people's heads is 'we're just centimetres away or seconds away from another such case'."