Food is a key feature of Sydney's Royal Easter Show, however one vendor's experiment this year with a tried-and-true recipe has a few patrons feeling a little cross. 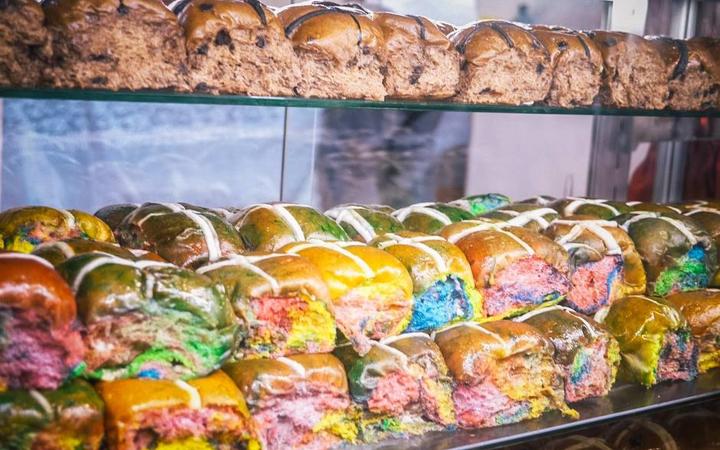 Tony Ngo is a member of a family-run business that has courted controversy with its baking of rainbow-coloured hot cross buns.

"We got invited to the Easter Show this year and we thought we'd give it a try," Mr Ngo said.

"We thought we'd bring something different and unique and came up with the idea of rainbow hot cross buns."

He said inspiration for the "unicorn buns" came from his sister's children. "They're in a phase where they love unicorns, and we thought we'd try and show that through the food."

However, not everybody is happy with the idea. Mr Ngo said he had been admonished by people angry that he had messed with the buns' traditional make-up.

"I've had a lot of people come by and give us a piece of their mind," he said. 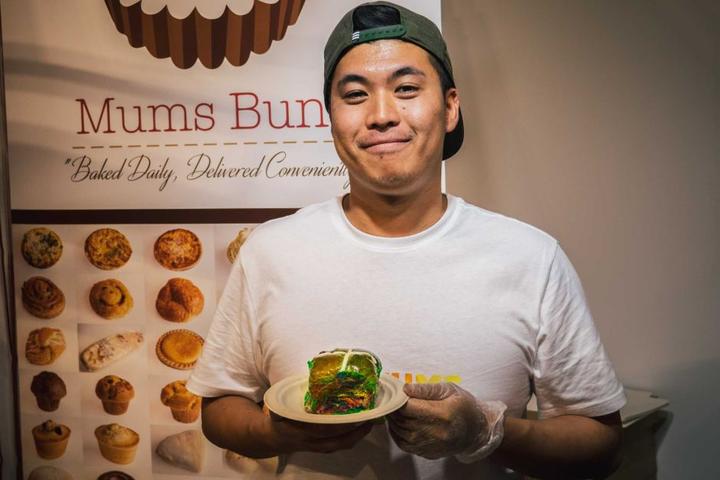 Baker Tony Ngo is prepared to put up with the complaints because he is selling plenty of his rainbow-coloured buns. Photo: Supplied / ABC Radio Sydney

But Mr Ngo said he was spinning the negative into a positive. "[It's] definitely raised some eyebrows, we're getting mixed responses, but we're selling quite a few."

Each year, the cuisine on offer at the show seems to get more and more bizarre - exhibit one: "Big Tony's" lasagne on a stick.

"Working at the show for a few years, you realise that you have to create something different to attract people at your stalls," Antonio Sabia said.

"A lot of people just thought it was crazy."

Breaded, crumbed and deep fried, the lasagnes are very popular. Big Tony is also behind cheesecake on a stick and Hawaiian pizza on a stick, a new addition this year.