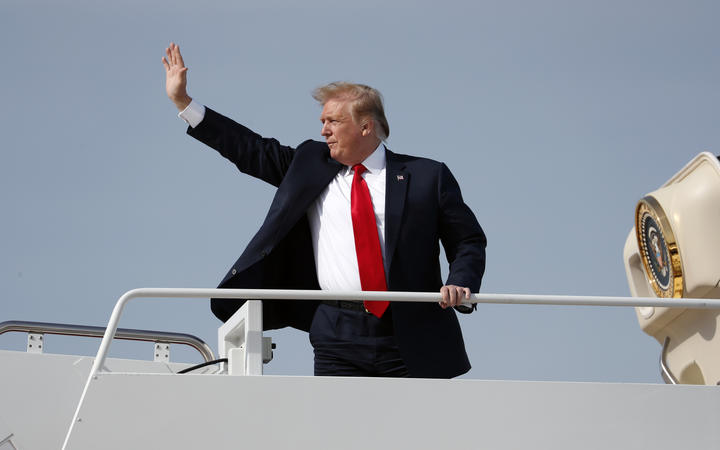 It also revealed that Mr Trump's staff and associates frequently ignored the president - disregarding his orders and hoping he just wouldn't ask again.

But Mr McGahn didn't do it.

"To end the conversation with the President, McGahn left the President with the impression that McGahn would call Rosenstein," Mr Mueller wrote in his report. "McGahn recalled that he had already said no to the President's request and he was worn down, so he just wanted to get off the phone."

Mr Trump frequently attempted to use staff and associates to deliver messages. But frequently, his attempts to send messages via a third party were ignored.

On June 19, 2017, Mr Trump met in the Oval Office with his former campaign manager Corey Lewandowski. Mr Trump told him to deliver a message to then Attorney General Jeff Sessions that he wanted the Mueller investigation limited to just potential interference in future elections. 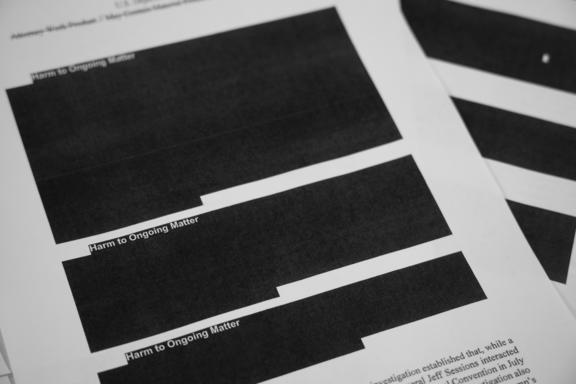 Mr Lewandowski told Mr Trump he would handle it, but instead he asked White House official Rick Dearborn to deliver the message.

"[Dearborn] recalled later telling Lewandowski that he had handled the situation, but he did not actually follow through with delivering the message to Sessions," Mr Mueller wrote.

'Part of the team'

On 14 February, 2017, Mr Trump had lunch with then-New Jersey Governor Chris Christie. During the lunch, the president asked Christie if he could deliver a message to then-FBI Director James Comey.

'Uncomfortable with the task'

In July 2017, Associate Attorney General Rachel Brand came to Mr Trump's attention and he asked his then White House Staff Secretary Rob Porter to contact Ms Brand to see if she was interested in becoming attorney general.

"Later, the president asked Porter a few times in passing whether he had spoken to Brand, but Porter did not reach out to her because he was uncomfortable with the task," Mr Mueller wrote.

Mr Porter ignored the president because he was concerned the inquiry was an attempt by Mr Trump to fire Mr Mueller, the special counsel's office surmised.

"Porter did not contact Brand because he was sensitive to the implications of that action and did not want to be involved in a chain of events associated with an effort to end the investigation or fire the Special Counsel," the report said.