The Taliban launched their annual spring offensive on Friday, calling on Afghan soldiers and police to abandon the government in a statement that points to further violence before peace negotiations with the US bear any fruit. 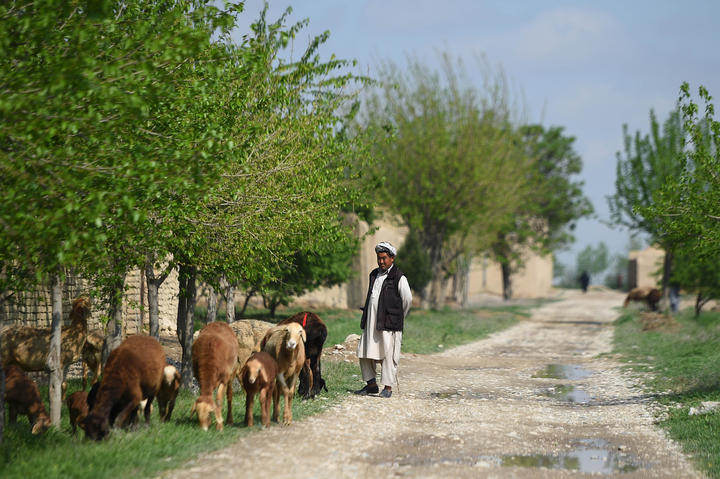 An Afghan shepherd watches his livestock as they graze along the road in Mazar-i- Sharif on 30 March. Photo: AFP / FARSHAD USYAN

Fighting has intensified across Afghanistan in recent weeks, killing and wounding hundreds of Afghan troops and civilians, making the announcement of the "Al-Fath" operation largely symbolic. The Afghan government launched its own offensive, dubbed "Khalid", in March.

After repeated rounds of negotiations between US and Taliban representatives over recent months, the announcement underlined how far Afghanistan still remained from peace more than 17 years after US-backed forces drove the Taliban from power in 2001.

A Taliban statement said Al-Fath's objective would be "eradicating occupation, cleansing our Muslim homeland from invasion and corruption, establishing an Islamic system along with defending and serving our believing fellow countrymen".

"Even as large parts of our homeland have been freed from the enemy yet the foreign occupying forces continue exercising military and political influence in our Islamic country," it said.

As well as assurances that civilians would be protected, it called on Afghan government soldiers and police, who have been suffering thousands of casualties a month, to abandon their posts and join the insurgency.

"A key part of Al-Fath Operations is peeling away of countrymen serving in the military ranks of army, police and militias and being used by invaders for their own objectives," the statement said.

"On this basis we again call on troops working in enemy ranks to shun senseless hostility and futile resistance, to join the Mujahideen and gain guarantees of safeguarding life and wealth."

The announcement came days before the expected resumption of talks between US special peace envoy Zalmay Khalilzad and Taliban officials in Doha.

Representatives from a variety of Afghan groups are also expected to be present but the talks will once again exclude the Afghan government, which the Taliban dismiss as a US-appointed "puppet" regime.

US President Donald Trump was reported last year to be planning to withdraw about half the 14,000 US forces in Afghanistan, adding pressure to secure a peace agreement with the Taliban to prevent the country collapsing.

The Taliban have made increasing gains as moves towards a possible peace deal have continued, with government forces in control of just over half the country, according to US estimates cited by the Special Inspector General for Afghanistan Reconstruction, a congressional watchdog.

There has been a reduction in high-profile attacks in cities such as the capital, Kabul, over recent months, but heavy fighting has carried on in the provinces. There were 3804 civilians killed last year, the highest number recorded, according to United Nations figures.

Afghan security forces have suffered the brunt of losses, with more than 45,000 killed since 2014, but three US service members were killed this week by a roadside bomb near Bagram air base, north of Kabul.