An air strike has hit Tripoli's only functioning airport as rival factions battle for control of Libya's capital. 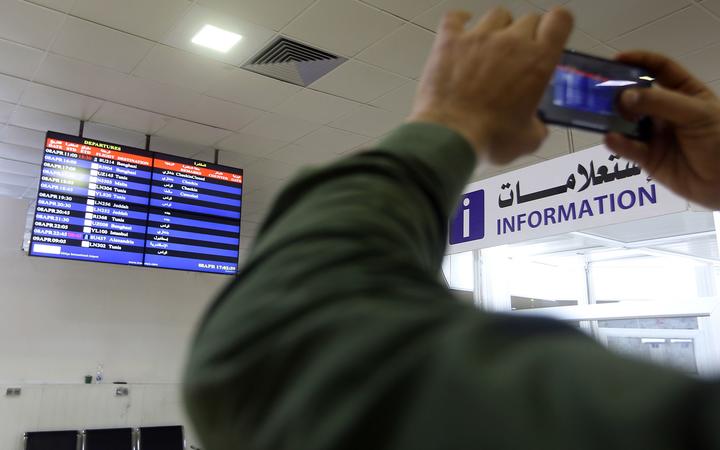 Flights at Mitiga International Airport were suspended after passengers had to evacuate its terminal.

No casualties have been reported and an eyewitness told the BBC a militia based at the site appeared to be the target.

General Khalifa Haftar, a commander from the east, is heading an offensive to take control of the capital from a UN-backed government.

At least 2,800 people have so far fled fighting around Tripoli, the UN says.

The UN also warns that those who remain risk being cut off from vital services because of the clashes. 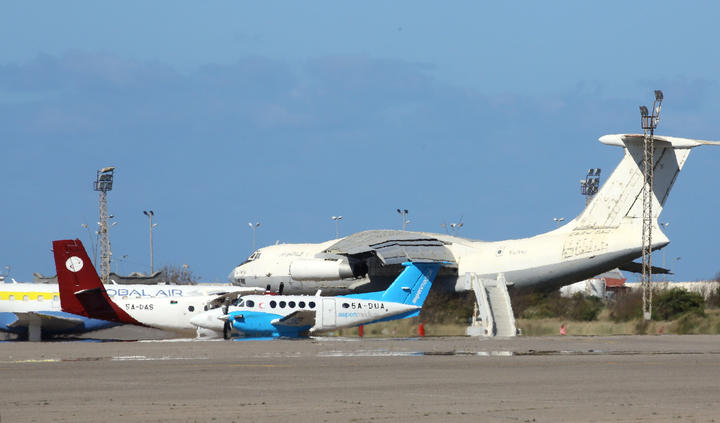 Planes at Mitiga International Airport in Tripoli after it was closed following an air strike. Photo: AFP

Libya has been torn by violence, political instability and power struggles since long-time ruler Muammar Gaddafi was deposed and killed in 2011.

What is the latest on the clashes?

The UN's Libya envoy, Ghassan Salame, described Monday's Mitiga bombing as "a serious violation of humanitarian law" and an "escalation of violence on the ground".

The airport is home to a powerful militia, loosely under the control of the government's ministry of interior, says the BBC's North Africa correspondent, Rana Jawad.

Media loyal to the Government of National Accord (GNA) have blamed the Gen Haftar's Libyan National Army (LNA) for the airport strike but there was no confirmation.

An older, inactive airport, Tripoli International, has also been a focal point for clashes recent days.

The Libyan health ministry said at least 25 people had been killed and 80 wounded so far, including civilians and government fighters.

Gen Haftar's forces said they had lost at least 19 fighters.

The UN appealed for a two-hour truce on Sunday to allow for the evacuations of casualties and civilians, but fighting continued.

Why is there fighting in Libya?

Libya has been a hotbed of unrest since Gaddafi was overthrown eight years ago.

The Government of National Accord (GNA) was created from peace talks in 2015, but has struggled to take control despite UN backing.

Gen Haftar is allied to a rival government in the eastern city of Tobruk which has refused to cede power to Tripoli.

The general helped Gaddafi seize power in 1969 before falling out with him and going into exile in the US.

He then returned when the uprising against Gaddafi began and became a rebel commander.

His LNA troops have continued to make advances, seizing the south of Libya and its oil fields earlier this year.

UN-backed talks between the rival governments had been scheduled for 14-16 April to discuss a roadmap for new elections, but it is now unclear if these will still take place.

Prime Minister Fayez al-Serraj said he had offered concessions to Gen Haftar to avoid bloodshed, only to be "stabbed in the back".

Much of the international community, including the US, have called for a ceasefire to hostilities.

"This unilateral military campaign against Tripoli is endangering civilians and undermining prospects for a better future for all Libyans," US Secretary of State Mike Pompeo said on Sunday.

The US military is among those to withdraw its supporting forces based in the country, blaming the "complex and unpredictable" situation and "increased unrest" on the ground.

The UN is also due to pull out non-essential staff