British MPs have rejected all options put to them on how to find a way forward out of the Brexit deadlock. 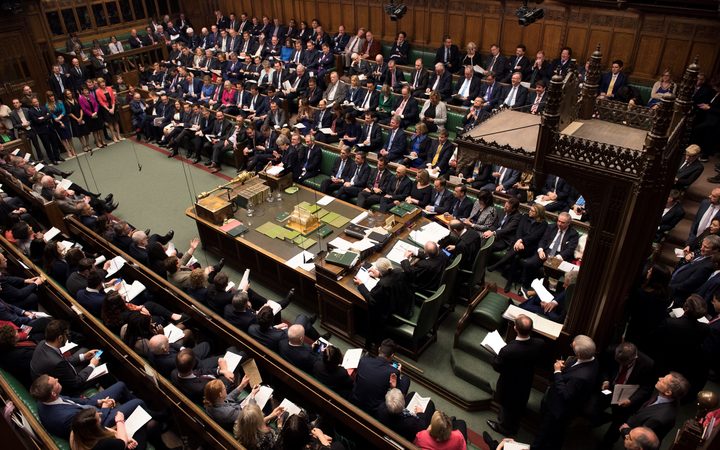 After wresting control of the Brexit process from the government earlier this week, they voted on eight separate Brexit options.

Those options ranged from cancelling Brexit to leaving the EU without a deal.

But the MPs have failed to reach a majority on any of them.

Earlier they did vote in favour of delaying the Brexit date from tomorrow to either 12 April or 22 May.

Prime Minister Theresa May has promised to resign if MPs back her Brexit deal which she hopes to put to a third vote this week.

How the votes on the options came down:

Brexit Secretary Steven Barclay said the results strengthened the government's view that their deal was the "the best option".

He told MPs it was clear there was no "simple way forward".

Conservative MP Sir Oliver Letwin, who oversaw the unprecedented process of indicative votes, said the lack of a majority for any proposition was "disappointing".

While he said he believed MPs should be allowed to have another go at reaching a consensus on Monday, he said this would not be needed if the PM's deal was approved before then.

The options on the table: