By Lorna Knowles and Alex Blucher for ABC Investigations

The Australian gun lobby is almost as large and spends as much on political donations and campaigns per capita as the powerful NRA in the US, a new report has found. 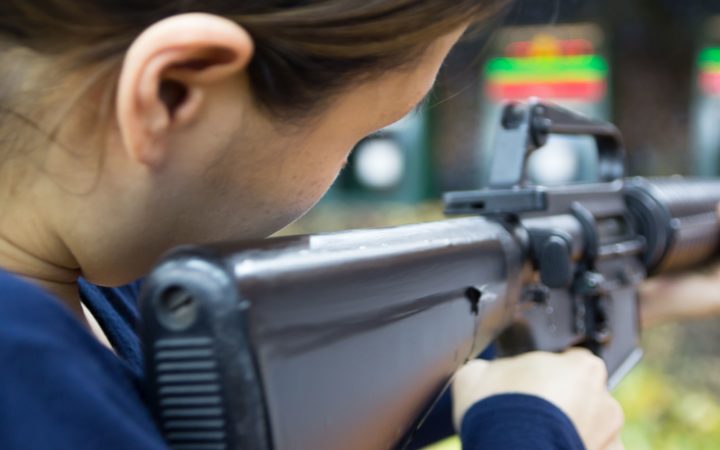 Australia's pro-gun groups were also mimicking the NRA's political strategies in a "concerted and secretive" effort to undermine Australia's strict gun laws, according to the report by progressive think tank, The Australia Institute.

Pro-gun groups donated $1.7 million to political parties since 2011, according to the institute's report Point Blank: The covert lobbying of Australia's gun lobby.

The gun lobby spends even more on funding election campaigns, it said.

The report, obtained exclusively by the ABC, calls for a ban on political donations from the gun lobby.

Author Bill Browne warned public will on gun control was being circumvented because the gun lobby was quietly undermining laws introduced after the Port Arthur massacre in 1996.

"Despite this, no state or territory fully complies with the National Firearms Agreement and pressure remains for government to allow the import and sale of more powerful and rapid-firing guns." 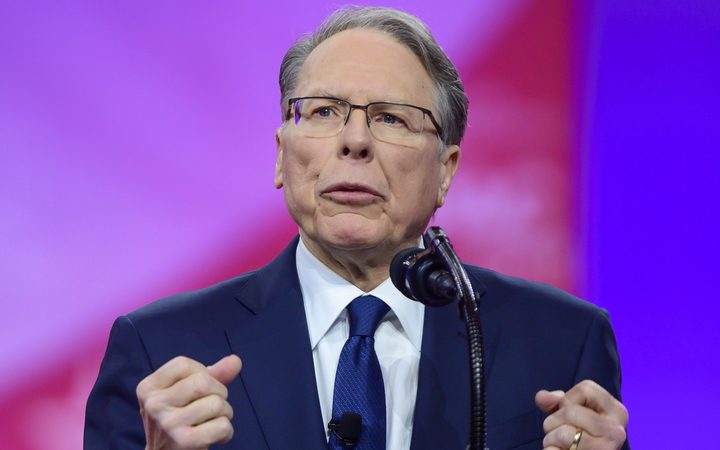 The report found the Sporting Shooters' Association of Australia (SSAA) had almost as many members, per capita, as the National Rifle Association (NRA).

The SSAA, the peak member organisation for sporting shooters, has almost 200,000 members - or about 0.8 per cent of the population.

By comparison, the NRA has about 4 million members, or somewhere between 1.1 and 1.5 per cent of the population.

The SSAA has an estimated combined income of $18 million per year.

The other big player in the Australian gun lobby is the Shooting Industry Foundation of Australia (SIFA).

Established in 2014, SIFA is the peak body for the firearms industry.

According to the report, it received $1.2 million from its corporate members between 2014 and late 2018.

One of its directors is Robert Nioa, Queensland firearms wholesaler and brother-in-law of Bob Katter, leader of the Australian Party.

"The results are similar enough for the two cultures to be shocking to most Australians, who are likely to imagine that the United States' gun lobby is significantly larger and better-resourced than its Australian equivalent," the report said.

Australian donation disclosure laws are limited, meaning the researchers could only get a patchwork of donation data.

But on available data, covering the period 2011 to 2018, the report found Katter's Australian Party received the largest amount of $808,000.

Most of these donations came from Mr Nioa and SSAA Qld.

Most of these donations came from hunting clubs, the SSAA, SIFA and the amateur pistol association.

The Liberal Party was a distant third, receiving $46,000 in donations, from SIFA and defence contractor Thales.

One Nation came in last, with contributions of just $6200.

The report stressed much of the gun lobby's political spending is in the form of election campaigns that are not necessarily captured by disclosure laws.

The report found this pattern of political spending was similar to the NRA, which spent relatively little on political donations ($823,000), but much more on lobbying and outside spending ($18 million) in the 2018 election cycle.

"The NRA's expenditure dwarfs SIFA's, but the US is also much larger than Australia," the report said.

"In the 2018 cycle, the NRA spent $2,512 per million US residents on political contributions.

Sporting Shooters Association of Australia national president Geoff Jones said most of the organisation's resources were put directly into running the sport.

"We are actually not in the business of being a lobby group," Mr Jones said.

"We are labelled as a lobby group but only when we're defending the principles attached to conducting our sport."

He denied the SSAA was mimicking the NRA's strategies and said the group was not trying to wind back gun laws.

"There is no record anywhere where the Sporting Shooters Association is going against sensible gun laws that are practical and workable and will have a genuine outcome to make a safer Australia," he said.

"We're the moderate centre of representation for firearms owners in this country."

Mr Jones said while the group were in touch with the NRA, they were structured differently.

"We are not beholden to them and we don't have the lead from them in any way, shape or form," Mr Jones said.

"They actually lobby and advocate for quite different issues to what SSAA lobbies for."

He said donations from gun advocates were no different to any other legitimate lobby group.

Like political advertising funded by the NRA in the US, the Queensland and Victorian ads did not specifically mention guns, instead covering topics like crime rates, electricity costs and job shortages.

The ads campaigned against the major parties and encouraged votes for the minor parties.

"The strategy of the firearms industry running political campaigns that do not mention guns is an import from the United States, where it has been used extensively by the NRA," the report said.

"Ahead of the 2014 midterm elections, the NRA ran … 16 ads that talked about internal revenue, media elitism, government surveillance and political corruption - not gun policy.

"During the 2016 presidential election, the NRA ran ads costing millions of dollars that criticised candidate Hillary Clinton's history as secretary of state and called for Trump 2016, again without mentioning firearms".

Calls for parliamentary gun group members to be named

The Australia Institute's report calls for a list of all members of a group known as the Parliamentary Friends of Shooters to be made public.

The friends group was established in 2015 by the Sporting Shooters' Association of Australia (SSAA), with the aim of "promoting the legitimate sport of shooting" and to "counteract negative attitudes towards hunters and shooters among other senators and MPs".

The names of members of the Parliamentary Friends of Shooters are not publicly listed, except for its chair, Nationals senator Bridget McKenzie, and its deputy chair, Labor MP Anthony Byrne.

The group held a clay target shooting day in 2015, which Federal Liberal MP and firearm enthusiast Ian Goodenough posted to social media, saying it was organised along with the National Press Club.

He posted another photo of a clay target shooting event in 2018, with the Liberal's Andrew Hastie, Senator Ben Morton, Senator James Patterson and Luke Howarth.

Chair Ms McKenzie attended a gun expo in 2018 where she announced a study into the social and economic benefits of the shooting sports in Australia.

Deputy chair Mr Byrne said he believed there should be "complete openness and transparency" when it comes to publishing names of all parliamentary friendship committees.