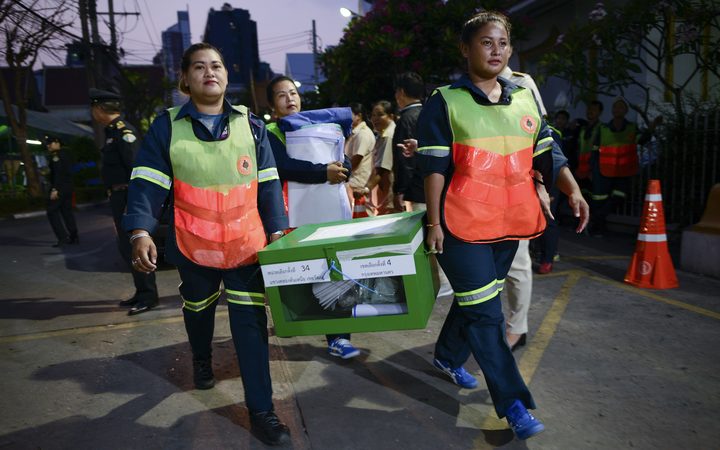 Thai workers and an electoral official carry a ballot box to storing after voting closed in the general election, at a polling station in Bangkok. Photo: AFP

A pro-military political party in Thailand has taken an unexpected lead in the country's first election since the army took power five years ago.

With more than 90% of ballots counted, the Palang Pracha Rath Party has gained 7.6 million votes - half a million more than the opposition Pheu Thai party .

Pheu Thai is linked to former Prime Minister Thaksin Shinawatra, whose loyalists have won every election since 2001.

The announcement of official results have been postponed until later today

No evidence of collusion with Russia says Robert Mueller 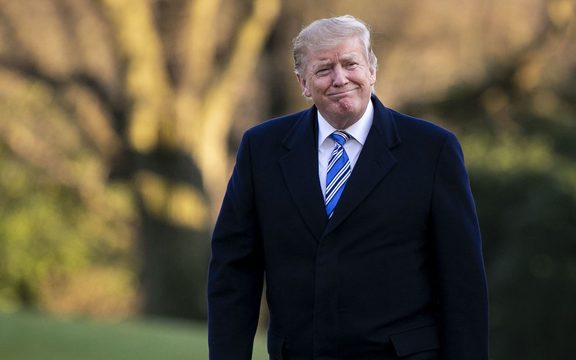 Donald Trump's campaign did not conspire with Russia during the 2016 election, according to a summary of Special Counsel Robert Mueller's report submitted to the US Congress.

The report summary did not draw a conclusion as to whether Mr Trump illegally obstructed justice - not exonerating the president.

The report was summarised for Congress by the attorney general William Barr.

President Trump tweeted in response: "No Collusion, No Obstruction."

Embattled UK Prime Minister Theresa May has attempted to win over opponents to her Brexit withdrawal plan as key Cabinet ministers denied media reports that they were plotting to oust her.

The Prime Minister has been politically weakened after a series of setbacks in Parliament and her inability to win meaningful concessions from EU leaders who refuse to compromise on the Brexit deal.

A cruise ship that got into trouble off the Norwegian coast has arrived safely at the port of Molde after the dramatic rescue of hundreds of people.

The Viking Sky lost power on Saturday and sent out a distress signal after it began drifting towards land.

Almost 500 of the 1373 people on board were airlifted off in bad weather. Three of the ship's four engines were later restarted for its trip to port.