Six people have been killed in a blast at a chemical plant in Yancheng, eastern China, local authorities say. 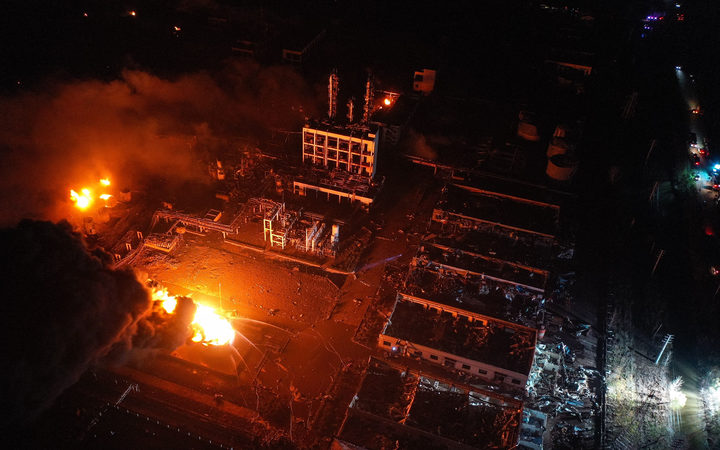 The scene of an industrial park after an explosion in the city of Yancheng. Photo: AFP

The explosion, which took place about 2.50pm local time at the plant run by Tianjiayi Chemical, also injured about 30 people.

The blast was caused by a fire at the factory, which makes fertiliser, officials told local press.

China's earthquake administration reported a tremor equivalent to 2.2-magnitude at the time of the explosion.

Images on social media showed a fireball exploding at the site, billowing clouds enveloping the area, injured people and damage to buildings.

Officials quoted by Reuters said: "At present, on-site rescue is still going on ... the cause of the accident is under investigation."

Tianjiayi Chemical, founded in 2007, has received six government penalties in the past over waste management and air pollution, according to the South China Morning Post.

Several chemical plants operate in the nearby area, according to local press.

Industrial accidents are common in China due to poorly enforced safety regulations, and authorities have pledged to improve standards.

More than 160 people died in 2015 after two massive explosions in the port of Tianjin in northern China.