A series of huge explosions has rocked the northern Chinese city of Tianjin, killing at least 17 people and injuring nearly 400 more.

The explosions began shortly before midnight - reportedly in a shipment of explosives at a warehouse for dangerous materials.

The initial blasts then triggered others at nearby businesses in the port city's industrial area. 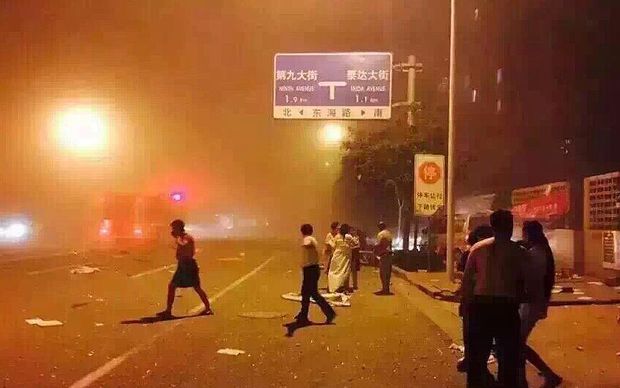 The explosion in an industrial area of Tianjin triggered a blast wave felt several kilometres away.

Plumes of flame lit up the sky, scattering dust dozens of metres into the air.

Tianjin residents who caught the blast on camera, posted videos of the moment the city's already firey sky was rocked by the enormous blast.

The explosion reportedly occurred about 11.30pm at a petrol storage station at Tianjin's Binhai New Development Zone. The cause is unknown.

State broadcaster China Central Television reported the blast erupted in a shipment of explosives and fireballs ignited further explosions in premises nearby.

Tianjin is a major port and industrial area to the south-east of the Chinese capital, Beijing. 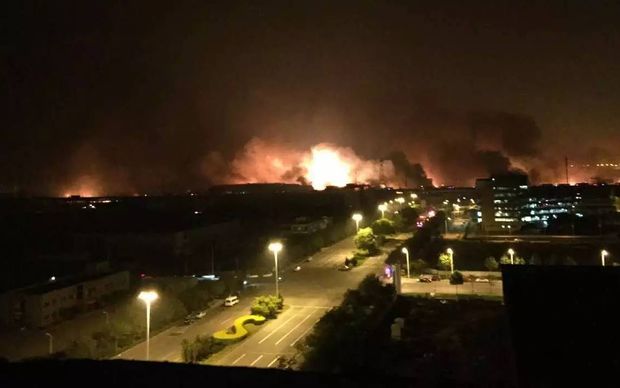 Smoke and flames rise from the site of the explosion in Tianjin. Photo: AFP