Australia's Civil Aviation Safety Authority (CASA) says it is suspending operations of the Boeing 737 MAX 8 plane in Australia after a deadly crash killed 157 people in Ethiopia at the weekend. 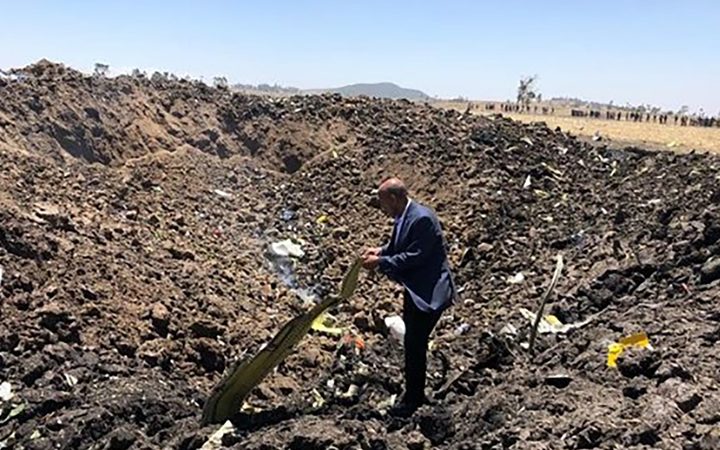 Fiji Airways was the only airline flying the MAX 8 into Australia after Singapore's Silk Air grounded its fleet early today.

In a statement released earlier today, Fiji Airways said it had "full confidence in the airworthiness" of its two aircraft.

On Sunday, an Ethiopian Airlines 737 MAX 8 crashed shortly after take-off from Addis Ababa, killing all 157 people on board.

Safety concerns about the model were first raised in October after a Lion Air flight in Indonesia crashed, killing all 189 people aboard.

The Civil Aviation Safety Authority's director of aviation safety, Shane Carmody, said in a statement that the temporary suspension of Boeing 737 MAX 8 planes in Australia was in the best interests of safety.

"This is a temporary suspension while we wait for more information to review the safety risks of continued operations of the Boeing 737 MAX to and from Australia," he said.

"CASA regrets any inconvenience to passengers but believes it is important to always put safety first."

The organisation said it was closely monitoring the situation and said the suspension would be reviewed as relevant safety information became available from Boeing, the United States Federal Aviation Administration and accident investigators.

Boeing announced plans to upgrade software in its 737 MAX 8 planes "in the coming weeks" earlier today.

Australia's move to suspend the MAX 8 follows China and Indonesia, which ordered their airlines to ground their Boeing 737 MAX 8 planes indefinitely on Monday.

The airline was using five new 737 MAX 8s and awaiting delivery of 25 more.

The model's automatic safety system, designed to prevent stalling, was found to have repeatedly pushed the plane's nose down.

Pilots had to manually raise the nose to correct the flight, only for the sequence to repeat about five seconds later, the report said.

Investigators said they believed faulty information from sensors could have activated the system.

It is not known whether the same anti-stall system was at fault for the Ethiopian Airlines crash.