UFC star Conor McGregor has been arrested in Miami for allegedly smashing a fan's phone as they tried to take pictures. 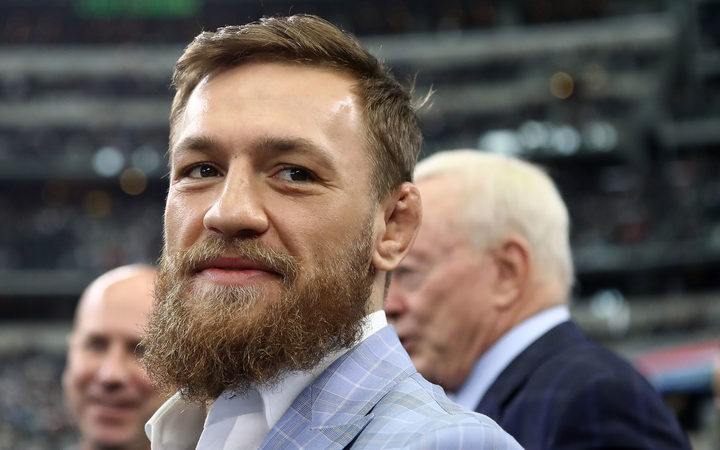 Conor McGregor allegedly stomped on the phone and took it with him. Photo: Photo / AFP

The Irish fighter is being charged with strong-armed robbery and misdemeanour criminal mischief, police said.

The alleged incident took place as the 30-year-old left the Fontainebleau Miami Beach hotel at 5.20am local time.

A police report says he knocked the phone out of the fan's hand, stamped on it then picked it up and left with it.

"The victim attempted to take a picture of the defendant with his cell phone. The defendant slapped the victim's phone out of his hand, causing it to fall to the floor," a police report said.

"The defendant then stomped on the victim's phone several times, damaging it.

"The defendant then picked up the victim's phone and walked away with it, depriving him of it. The defendant was located and arrested."

It added the alleged victim's phone was valued at $US1000.

Last year McGregor was ordered by a court to undergo anger management training and perform five days of community service in return for the dropping of criminal charges for attacking a bus containing rival UFC fighters.

The former two-weight champion has been in Florida preparing for his UFC comeback after losing his last fight to Russian Khabib Nurmagomedov in October 2018.

That came a year after McGregor lost a boxing match thought to be the most lucrative in history to multiple world champion Floyd Mayweather.

American Mayweather earned a reported $US100m from the bout, with McGregor thought to have pocketed $US30m.