The management board of Deutsche Bank has agreed to hold talks with rival Commerzbank on the feasibility of a merger, a person with knowledge of the matter told Reuters. 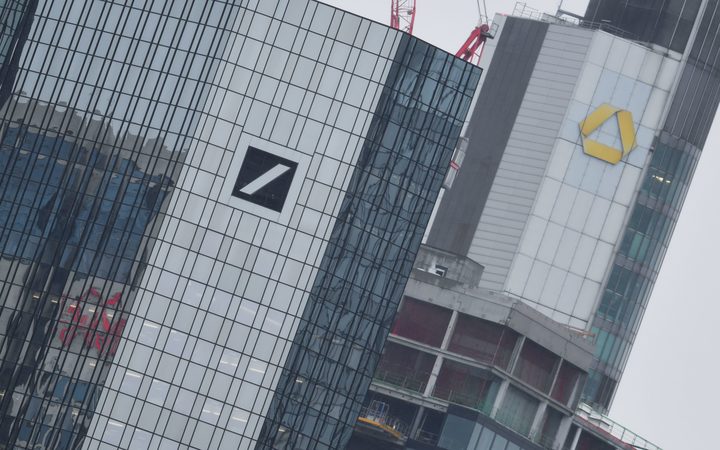 First unofficial contacts took place within a very small group and the mandate from Deutsche's board was given more than a week ago, said the source, speaking on condition of anonymity.

Speculation about a possible merger between Germany's two largest listed lenders has been rife for months, heightening under the tenure of Finance Minister Olaf Scholz, who has emphasised the importance of strong banks.

Proponents of a merger say that a tie-up would give a combined entity - which would have an equity market value of more than 24 billion euros ($NZ40 billion) based on Friday's closing share prices - a 20 percent share of the German retail banking market.

The two lenders, which flirted with a merger in 2016 before focusing on restructuring, have struggled to return to sustainable profitability since the global financial crisis.

The German government holds a stake of more than 15 percent in Commerzbank following a bailout and Deutsche Bank's shares have fallen 73 percent over the past five years.

Founded in 1870 to help companies with overseas trade, Deutsche is currently regarded as one of the most important banks in the global financial system, having expanded rapidly in the 1990s to become an investment banking giant.

Deutsche Bank has more than 20 million personal and business customers and Commerzbank around 18 million.