The US-backed Syrian Democratic Forces (SDF) have launched another assault on the Islamic State group's last enclave in Syria. 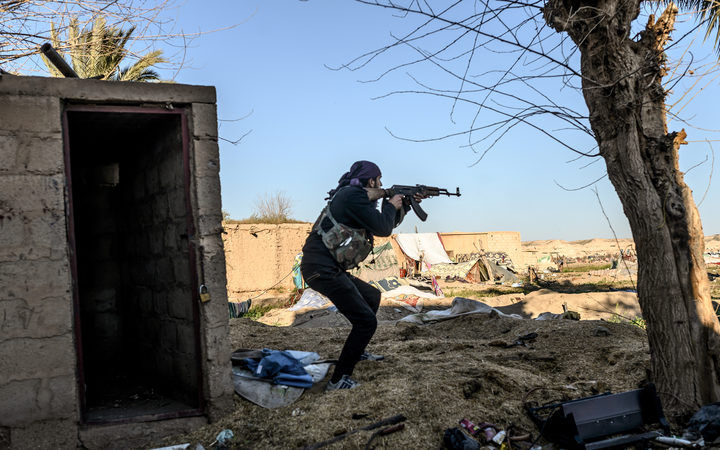 A fighter with the Syrian Democratic Forces (SDF) takes aim with his Kalashnikov assault rifle after seeing a man walking towards his position in the town of Baghouz Photo: AFP

Head of the SDF media office, Mustafa Bali, tweeted their troops were in "direct violent clashes".

Islamic State militants are centred in the town of Baghuz in eastern Syria.

Despite the loss of territory, the group is still seen as a major security threat capable of mounting attacks in the region and worldwide.

The group once controlled 88,000 sq km (34,000 sq miles) of territory stretching across Syria and neighbouring Iraq, imposed its brutal rule on almost eight million people, and generated billions of dollars from oil, extortion, robbery and kidnapping.

After five years of fierce battles, local forces backed by world powers have driven IS out of all but a few hundred square metres near Syria's border with Iraq. 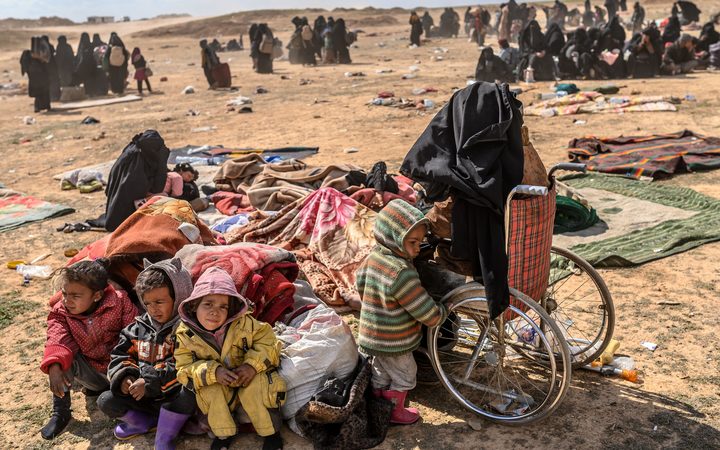 An injured woman and her four children evacuated from the Islamic State (IS) group's embattled holdout of Baghouz sit at a screening area held by the US-backed Kurdish-led Syrian Democratic Forces (SDF) Photo: AFP

SDF and coalition planes are involved in the assault, and the militant camp is now ablaze.

But the SDF has said before that it had launched a "final assault". After intense air and artillery strikes on 1 March, the alliance said it had to slow down the offensive "due to a small number of civilians held as human shields".

About 3,000 people were evacuated on Monday and another 3,500, including 500 militants who surrendered, followed on Tuesday.

On Wednesday, a further 2,000 people left Baghuz, Reuters news agency reported. They were taken to an SDF checkpoint where they were searched, questioned and given food and water.

Mr Bali told Reuters news agency no further civilians had come out of the town since Saturday.

He also said more than 4,000 militants have surrendered in the past month. Five SDF fighters who had been held hostage by IS were also freed.

But Mr Bali tweeted that the fate of other hostages remained unknown, including those of Italian priest Paolo Dall'Oglio and Lebanese journalist Samir Kassab.