Two more women from Britain who are being held in Syrian camps with their young children have been stripped of their citizenship, a report says. 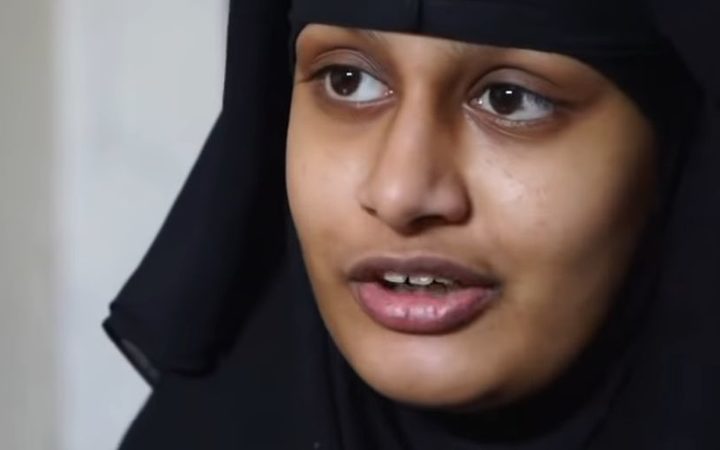 Shamima Begum, whose baby died in a Syrian camp last week, causing a controversy in Britain where Ms Begum has been stripped of her residency. Photo: BBC / Screengrab

It comes after the death in a Syrian camp of the baby son of Shamima Begum, who left London to join Islamic State and had her UK citizenship revoked.

The Sunday Times quotes legal sources who name the women as Reema Iqbal and her sister, Zara, from east London.

The Home Office said it did not comment on individual cases. Decisions to withdraw citizenship from individuals were evidence-based and not taken lightly, it added.

The use of the powers has risen sharply, with 104 deprivations of citizenship in 2017, compared to 50 in the previous decade, according to Home Office figures obtained by the immigration law website Free Movement.

Many cases have involved national security and supporters of groups such as Al-Qaeda but criminals - including three of the Rochdale grooming gang - have also been stripped of citizenship.

The Sunday Times says that Reema, 30, and Zara, 28, are living in separate refugee camps in Syria along with thousands of other families who have fled from territory formerly controlled by jihadis.

Between them they have five boys under the age of eight, it says.

The parents of the sisters are originally from Pakistan, but it is not known if they have dual nationality.

Sisters wed IS fighters with 'links' to filmed murders of westerners

According to the Sunday Times, the sisters left for Syria in 2013 after marrying IS fighters with "close links" to the filmed murders of western hostages.

Zara was heavily pregnant with her second child when she travelled to Syria and later gave birth to a third.

Reema has one son born in the UK and another born in Syria. 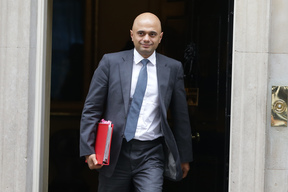 Home Secretary Sajid Javid has faced criticism for his handling of the similar case of Ms Begum.

Her three-week-old son, Jarrah, died of pneumonia on Thursday, according to a medical certificate.

As he was born before she was deprived of UK citizenship by the Home Office, the baby would still be considered British.

Dal Babu, a former Metropolitan Police chief superintendent and friend of Ms Begum's family, told the BBC: "We've failed, as a country, to safeguard the child."

Shadow home secretary Diane Abbott said the child had died as a result of the "callous and inhumane" decision to strip Ms Begum of her citizenship while Tory MP and former justice minister Phillip Lee urged the government to "reflect" on its "moral responsibility" for the tragedy.

A British government spokesman said: "The death of any child is tragic and deeply distressing for the family."

Prior to the child's death, Ms Begum's sister, Renu, wrote to Mr Javid on behalf of the family challenging the decision to revoke her citizenship.