All 28 members of the United States women's national team squad have begun legal action against the US Soccer Federation, months before defending their Women's World Cup title. 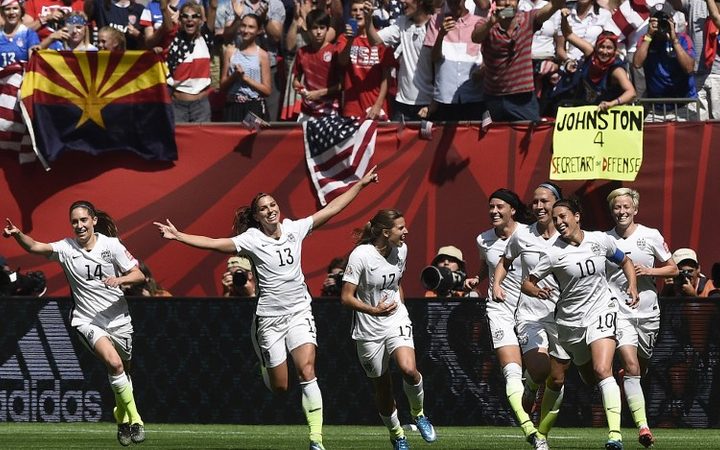 No 13 Carli Lloyd celebrates a goal during the 2015 Women's World Cup in Vancouver. She's among the current US squad that has filed a lawsuit against the US Soccer Federation. Photo: AFP

The discrimination lawsuit relates to equal pay and working conditions.

Players - including Carli Lloyd and Megan Rapinoe - are urging the governing body to "promote gender equality".

It follows a discrimination complaint made by five American players in 2016.

The US have won the Women's World Cup three times - at the inaugural 1991 tournament in China, the 1999 event hosted by the US and then in Canada four years ago.

The men's team made the quarter-finals in 2002, while their best finish remains third place in 1930.

The lawsuit, filed with the US District Court in Los Angeles, stated: "Despite the fact that these female and male players are called upon to perform the same job responsibilities on their teams and participate in international competitions for their single common employer, the USSF, the female players have been consistently paid less money than their male counterparts.

The USSF is yet to comment on the legal action.

The US finished second to England in the recent SheBelieves Cup and will be looking to retain the World Cup, which takes place between 7 June and 7 July in France. 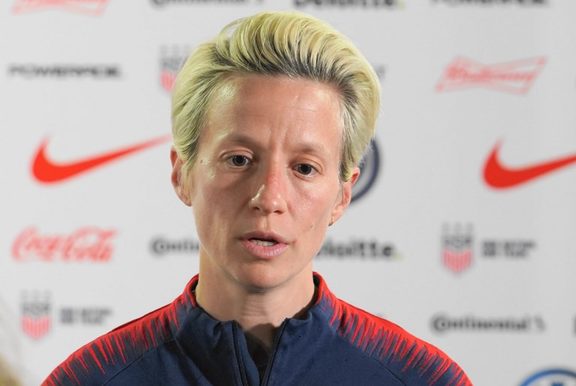 Megan Rapinoe who is one of four US players who filed a lawsuit in 2016 alleging wage discrimination. Photo: AFP

The US players' union - the United States National Soccer Team Players Association - said it supported the women's team and "the efforts to achieve equal pay".

"Specifically, we are committed to the concept of a revenue-sharing model to address the US Soccer Federation's 'market realities' and find a way towards fair compensation," a statement continued.

"We wait on US Soccer to respond to both players' associations with a way to move forward with fair and equal compensation for all US soccer players."

In 2016, Alex Morgan, Lloyd, Rapinoe, Becky Sauerbrunn and Hope Solo filed a wage-discrimination action against the USSF with the Equal Employment Opportunity Commission (EEOC). They said they were being paid less than half of what male USA players receive.

The new lawsuit mirrors many of the issues raised by that complaint and the lack of action three years on led the players to seek, and be granted, a right-to-sue letter from the EEOC in February. Their decision to now take their case to federal court means the EEOC complaint is effectively ended.