Opinion - The list of people who are worth more than they're getting is a long one. 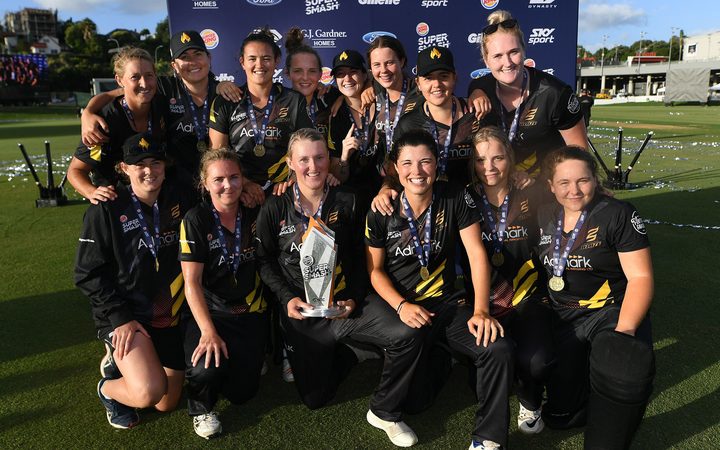 New Zealand's female domestic cricketers would be on it, but need to get in the queue behind other folk such as teachers, nurses and even journalists. Those in this profession are often told to write on behalf of the underpaid or unloved, never mind the irony of the situation.

It struck a chord with many, mostly because the match had been broadcast on television.

It's a great medium, TV. Although some administrators must look at it with suspicion. After all, it tends to be the surest way to be told you're mistreating or under valuing your workforce.

Where little or no connection between fan and athlete existed, suddenly a few games on TV, and a decent postmatch interview, create a bond that has armchair enthusiasts demanding fulltime professional contracts for players and various primetime competitions.

The most relevant example here being the Black Ferns' sevens rugby team and, to a slightly lesser extent given they've been hidden on pay TV, their 15 a-side team-mates.

Fans saw the quality and professionalism of the the players and demanded New Zealand Rugby (NZR) do more to financially support and reward them. It was an unpopular view with some, who argued that the female game had no audience and generated no revenue, but decency eventually prevailed.

NZR committed cash and resources to promoting the respective Black Ferns' sides and 2018 culminated with Kendra Cocksedge being named this country's player of the season. No female had ever won the Kelvin R Tremain Memorial player of the year award and this was the right and proper time for that to happen.

Again, there was an argument that Cocksedge was not New Zealand's finest rugby player. She could not walk into the All Blacks and play better than Brodie Retallick, Rieko Ioane or Beauden Barrett, some said, and therefore didn't justify the award.

You hate to break it to people, but that boat has sailed. Just as it has in sports such as tennis. You'll still get men who complain that female players don't deserve the same prizemoney at Grand Slam tennis events because they play best-of-three-set matches, while the blokes play five, but that's just not credible anymore.

Which brings us back around to the womens' Super Smash. New Zealand Cricket (NZC) have said they'll look at the pay rate and there's every reason to expect they'll come back with the kind of deal that coaxes this country's best players back to the competition.

NZC can't really afford to have another summer where stars such as Suzie Bates, Sophie Devine, Rachel Priest, Lea Tahuhu and Amy Satterthwaite are plying their trade in Australia. Along with Sara McGlashan, the sister of Peter, they've all played in the Women's Big Bash League this season, which attracts elite players from all over the world.

The standard of that competition has been incredibly high, providing a wonderful advertisement for the sport as a whole. Not unlike what women's sevens has done for rugby.

New Zealand's best players have long taken contracts with Australian cricket sides, but not without fulfilling commitments here too. The end of Devine's Adelaide Strikers' campaign allowed her to be part of the Wellington team that beat Canterbury in the Super Smash final, otherwise the New Zealand competition has been a little short on star power.

That's for NZC to remedy.

Peter McGlashan, and the Blaze's last-ball win over Canterbury, have helped generate discussion you have to assume NZC will now follow the example of administrators in other codes.

Money can be scarce and prioritising the women's game will always raise the ire of some. At least initially.

But it's no longer good enough to treat female athletes as an afterthought.