Namibian tribes seeking damages over genocide and property seizures by Germany more than a century ago said today they would appeal a US court's dismissal of their suit. 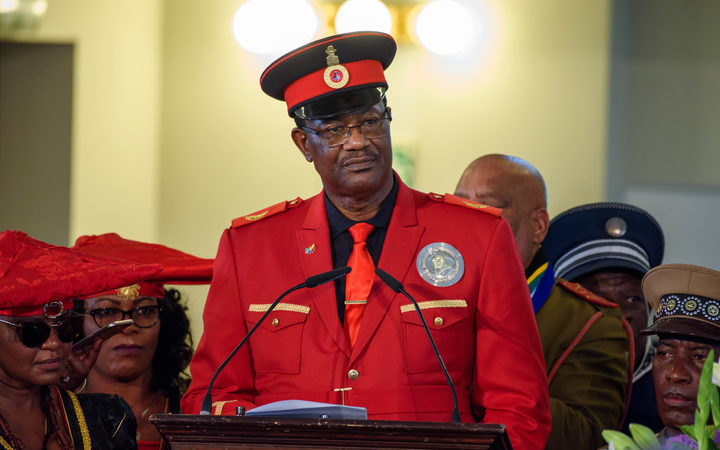 Vekuii Rukoro, traditional leader of the Herero from Namibia says the tribe will ensure the decision is reversed on appeal. Photo: Photo/AFP

A judge in New York said yesterday claims by descendants of the Herero and Nama tribes over Germany's role in what some historians call the 20th century's first genocide could not proceed in her jurisdiction.

Herero leader Vekuii Rukoro said District Judge Laura Taylor Swain made fundamental errors in her analysis and the tribe would ensure the decision was reversed on appeal.

"To this effect, we have directed our lawyers in New York to proceed with immediate effect," he said in a statement.

According to the plaintiffs, thousands of Herero and Nama were slaughtered, left to starve or died at concentration camps from 1904 to 1908, when Namibia was known as South-West Africa, after the tribes rebelled against German rule.

A 1985 United Nations report called it a massacre and genocide, and Germany has in recent years negotiated with Namibia's government over the claims.

Germany has acknowledged "moral responsibility" for the killings, but has avoided an official apology to ward off compensation claims.

The German foreign ministry said the US court decision reinforced Germany's position that it is immune from claims by descendants of Namibian tribes under US jurisdiction.

A ministry official, who declined to be named, said discussions with the Namibian government were underway on finding a common position on Germany's colonial past.

"The talks are advancing constructively and in an atmosphere of mutual respect," the official said.

Last year, Germany handed over to Namibia skulls and other remains of massacred tribes-people used in the colonial era for experiments to push claims of European racial superiority.

Largely ignored for decades, Germany's colonial history is drawing increasing attention. About three years ago, the German Historical Museum curated a major exhibition on the subject.