An upcoming biopic about the father of Serena and Venus Williams has faced criticism amid reports that Will Smith will play the lead role. 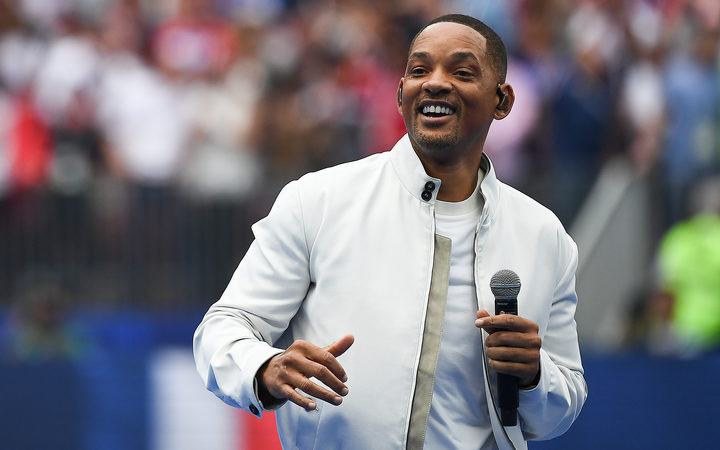 Will Smith is reported to have been cast as the father of Serena and Venus Williams in an upcoming biopic. Photo: AFP

Richard Williams, 77, coached his daughters to become two of the world's greatest tennis players, despite having no previous experience of the game.

But Smith's reported casting in the film has angered critics, who say he is too light-skinned for the part.

The actor has not yet commented on the reported casting or the criticism.

Colourism is a form of discrimination against dark-skinned people in favour of those with lighter skin from the same race.

It can lead to a lack of representation in film, TV and fashion, particularly in Hollywood and Bollywood, as well as discrimination at work or on dating sites, and even to serious health problems from skin bleaching creams.

What have people been saying?

Smith's casting in the film has not been confirmed. However, after a report from Deadline News claimed that the 50-year-old actor was "poised to play" Mr Williams, many people expressed their anger on social media.

The criticism stems from the fact that Smith is significantly lighter than Mr Williams.

Colorism matters..love will Smith but there are other black actors for this role https://t.co/qrV1QuBiJH

This sentiment was echoed by many others, who felt that giving the part to a dark-skinned actor would "make more sense".

People also suggested other actors who could take on the role - including Idris Elba, and Oscar-winner Mahershala Ali.

"Colourism is constantly subconsciously fed to us and we just eat it up," one user added.

Why couldn’t they get someone like Idris Alba to play Venus’ and Serena’s dad in the upcoming movie?

Why are they whitewashing the dad with Will Smith. colourism is constantly subconsciously fed to us and we just eat it up...

However, one person did point out that Ali and Elba might be too in-demand to be able to take on another film.

This Will Smith colorism scandal is also silly because Mahershala Ali and Idris Elba are far more in demand. They’re trying to get cast as James Bond, not Serena’s dad.

This isn't the first time a Hollywood film has become embroiled in a colourism row.

The casting of Zoe Saldana, a light-skinned actor of Puerto Rican and Dominican descent, as the African-American civil rights activist and musician Nina Simone in 2016 sparked similar criticism.