Fifty-seven asylum seekers deemed to be a security risk will be sent to the Christmas Island detention centre for medical treatment instead of Australia, Prime Minister Scott Morrison says. 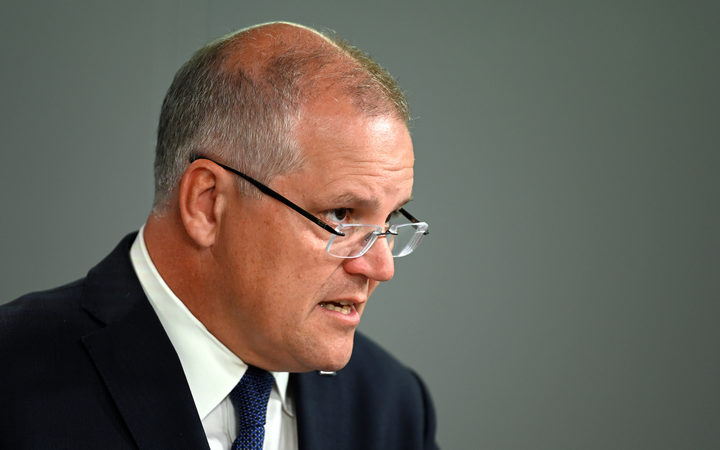 Under Canberra's immigration policy, asylum seekers trying to reach Australia by sea are intercepted and sent for processing to camps in Papua New Guinea and Nauru.

The government suffered an embarrassing defeat in parliament in February when opposition and independent lawmakers voted to allow doctors to transfer some 1000 men and women held in PNG or Nauru to Australia if they need medical care.

The amendment included a provision to allow the government to overrule any medical transfer, but Mr Morrison said the veto powers are too limited to prevent the transfer of 57 asylum seekers assessed to be a "national security threat".

The men have been accused of crimes such as sexual assault and posted extremist imagery online, Mr Morrison said. They will be treated at a detention centre on Christmas Island.

"The laws that have been passed deny us the opportunity to prevent people coming to Australia who otherwise would never be able to," he told reporters during the first visit by an Australian prime minister to the island.

Opponents have accused Mr Morrison, who is trailing badly in the polls, of trying to use the border security issue to boost his standing with voters ahead of an election due by May.

Bill Shorten, leader of the opposition Labor party, said Mr Morrison was on a "marketing campaign".

"Frolicking on Christmas Island, what a waste of money," he told reporters in Sydney.

The Christmas Island detention facilities - shuttered last year after a decade in operation - have been an issue in the outcome of previous elections.

Mr Howard, who was trailing in the polls at the time, won re-election and held onto power until 2007. After he left office, the centre-left Labor government began holding refugees on Christmas Island.

As a stream of new arrivals swelled already cramped conditions, protests broke out that fuelled an image of a government that had lost control of national security, propelling the conservatives back to power in 2013.