The body of missing Penrith woman Preethi Reddy has been found in a suitcase inside a parked car in Sydney's eastern suburbs. 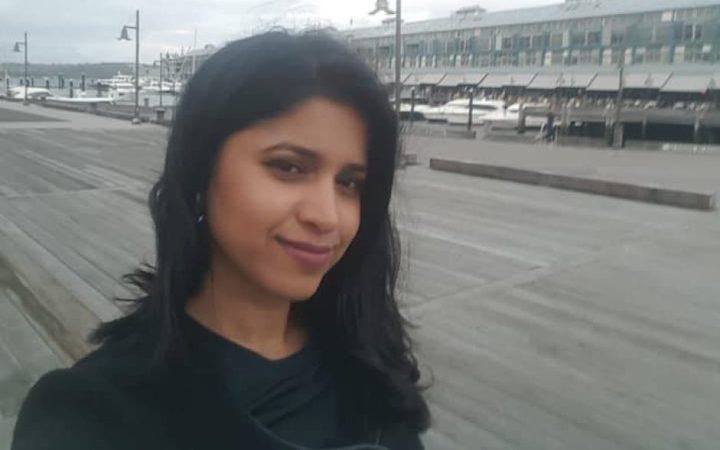 Dr Reddy was attending a dental conference in the suburb of St Leonards at the weekend, and last spoke to her family at around 11am on Sunday.

She told them she would head home after a late breakfast, and when she failed to return, her family contacted police.

After a public appeal for information, officers found her body just before 9.30pm yesterday in a suitcase inside a parked car on Strachan Lane in Kingsford.

Her stabbed body was found at 9.30pm on Tuesday inside her grey Volkswagen Golf, in Kingsford. The day before, her former boyfriend died in a head-on collision involving a car and a truck on a highway 340km away.

The ABC understands the man who died was the key suspect in Dr Reddy's murder.

"He was not at the time of this incident in a relationship with Preethi however there had been a previous relationship," he said.

The last images police have of Dr Reddy showed her at McDonald's on George Street in Sydney's CBD at around 2.15am on Sunday.

It was just hours after the Sydney Mardi Gras parade finished, and Dr Reddy was lining up in the restaurant alone.

She bought two bottles of water before leaving, walking south towards Market Street.

Kingsford resident Fatima said police asked her about the vehicle that Dr Reddy was found in.

"It used to be a safe area so I'm just a bit concerned now.

"I told them I might notice the car before ... I didn't notice anything strange about that."

'See you next week'

Dr Reddy worked at Glenbrook Dental Surgery in the Blue Mountains, around 70km west of Sydney.

This morning her colleagues posted on Facebook about her death.

"Glenbrook Dental Surgery staff are in mourning to hear the sad news about Preethi Reddy," the post read.

Colleagues told the ABC they had been unable to sleep since her disappearance and patients had offered to help with the search.

"It's devastating, and this is completely out of character," dental assistant Chelsea Holmes told the ABC.

"I spoke to her last Thursday and it was 'see you next week' and completely normal."

Police are still investigating the circumstances surrounding her death and are asking anyone with information to come forward.