The United Kingdom will not lower food standards to secure a post-Brexit trade deal with the United States, the government says. 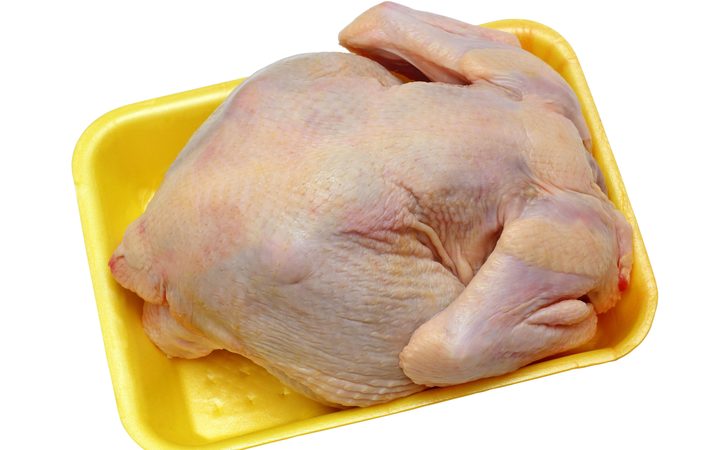 The announcement comes after Washington published its objectives for a US-UK trade pact.

The US wants "comprehensive market access" for its farmers' products that would see more US-made food on British supermarket shelves.

If free of EU trade rules, the US wants the UK to remove such so-called "sanitary and physiosanitary" standards on imported goods.

A Downing Street spokeswoman said: "We have always been very clear that we will not lower our food standards as part of a future trading agreement."

America's National Farmers Union has always maintained that its chicken and beef, which uses processes banned by the EU, is "perfectly safe" and argues there has been a lot of "fear-mongering".

However, its British counterpart, the National Farmers Union, said the UK government should not accept an American deal "which allows food to be imported into this country produced in ways which would be illegal here".

Amy Mount from Greener UK, an environmental lobby group, said: "This wish-list shows that a hard-Brexit pivot away from the EU in favour of the US would mean pressure to scrap important protections for our environment and food quality.

"Any future trade deals should reflect the high standards that the UK public both wants and expects."

The 18-page negotiating stance from Washington also demands that the pound should not be "manipulated" to improve trade income or make UK products cheaper in the US.

US President Donald Trump has previously been outspoken about China "unfairly" using its currency to improve its trade balance - arguing that it keeps the yuan artificially low to make its goods cheaper to sell abroad.

His team has included similar demands in its trade negotiations with Japan.

Another demand from President Trump's negotiators is for the UK's National Health System to not "discriminate" against US pharmaceuticals and medical devices when purchasing goods and services.

The negotiating objectives, published by the office of US trade representative Robert Lighthizer, are only an initial move in what may be lengthy negotiations between Washington and London.

The US-UK trade relationship is currently worth £173 billion ($NZ336bn) annually.