Canada has said it will allow the US extradition case against Huawei's chief executive to move forward, but the court must make a final decision. 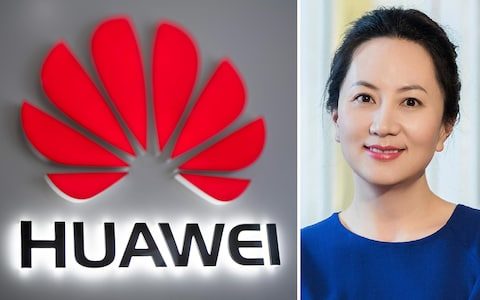 The US wants Meng Wanzhou, Huawei chief financial officer, to stand trial on charges including fraud linked to the alleged violation of sanctions on Iran.

Ms Meng was arrested in Canada in December at the behest of the US.

The high-profile detention had soured relations between China and the US and Canada.

US authorities filed almost two dozen charges against Huawei, the world's second largest smartphone maker, and Ms Meng in January, along with a formal request for her extradition.

The charges include bank fraud, obstruction of justice and theft of technology. Huawei and Ms Meng have both denied all the allegations.

Canada's justice department had until Friday to decide whether or not the extradition case will proceed in Canadian courts.

That decision is based on whether the request complied with the requirements of the US-Canada extradition treaty, and could not be refused if so.

"An extradition hearing is not a trial nor does it render a verdict of guilt or innocence," the justice department said in a statement on Friday announcing it was authorising the extradition process in the case of Ms Meng to proceed.

"If a person is ultimately extradited from Canada to face prosecution in another country, the individual will have a trial in that country."

In a statement, Ms Meng's defence team said they are disappointed by the decision "in the face of the political nature of the US charges" and in the wake of comments made by the US president.

Donald Trump has twice suggested he would intervene in the US Justice Department's case against Ms Meng if it would serve national security interests or help achieve a trade deal with China.

"Our client maintains that she is innocent of any wrongdoing and that the US prosecution and extradition constitutes an abuse of the processes of law," they said.

Ms Meng is currently out on bail in Vancouver and will remain so while court proceedings are under way.

She is next scheduled to appear in the British Columbia Supreme Court on 6 March, when it will be confirmed Canada has issued the "Authority to Proceed" in her extradition to the US.

Her extradition hearing will also be scheduled at that time.

This decision is still an early step in the process.

If a judge is satisfied with the evidence presented during the extradition hearing, he or she will authorise the individual be committed for extradition. The justice minister then decides whether to surrender the person to the US.

Ms Meng does have avenues to appeal throughout the process.

In some rare instances, extradition cases have dragged on for over a decade.

What was the reaction to her arrest?

Ms Meng's arrest infuriated Chinese officials, who insist that she has not violated any laws, and led to a rise in diplomatic tensions between China and Canada.

Canada says it is only following the rule of law in the case, but that has not appeased China.

Two Canadians are believed to have been detained in retaliation for Ms Meng's arrest.

Ex-diplomat Michael Kovrig and businessman Michael Spavor were both detained in China in mid-December on accusations of harming national security.

The case could also ratchet up tensions between China and the US, and impact the firm's global expansion efforts.

What is Huawei accused of?

The US alleges Huawei misled the US and a global bank about its relationship with two subsidiaries, Huawei Device USA and Skycom Tech, to conduct business with Iran.

US President Donald Trump's administration has reinstated all sanctions on Iran removed under a 2015 nuclear deal and recently imposed even stricter measures, hitting oil exports, shipping and banks.

In all, the US has laid 23 charges against the company.