Indonesian authorities say dozens of people are believed buried by a landslide at an unlicensed gold mine in North Sulawesi province. 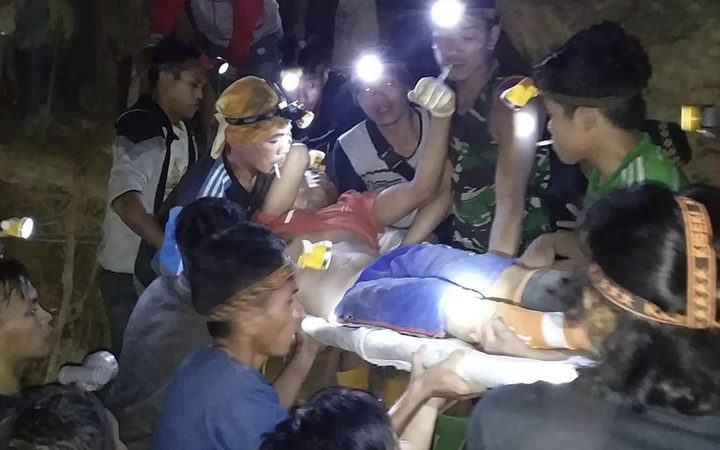 Fourteen people have been rescued from the unlicensed mine. Photo: AP

Emergency personnel used their bare hands and farm tools in a desperate attempt to reach victims calling for help from beneath the rubble.

Local disaster official Abdul Muin Paputungan said one person was confirmed dead and 14 people with injuries ranging from light to serious had been rescued. As many as 60 people were buried, he said.

"Unstable soil conditions make us extra careful lifting rocks because it can lead to new landslides," Mr Paputungan told the Associated Press. "We still hear voices crying for help from people beneath the rubble," he said.

"Survivors estimated about 60 people are trapped in the rubble of the mining pit," he said. 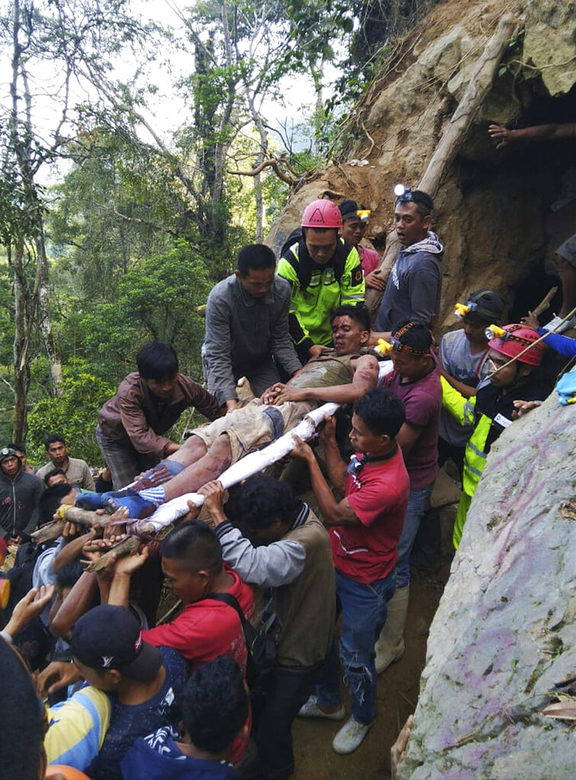 Rescuers bring out one of the survivors. Photo: AP

Makeshift wooden structures in the mine in Bolaang Mongondow district collapsed on Tuesday evening due to unstable soil and the large number of mining holes, burying people in the mine pit.

Informal mining operations are commonplace in Indonesia, providing a tenuous livelihood to thousands who labour in conditions with a high risk of serious injury or death.

Police, search and rescue agency workers, military and Indonesian Red Cross personnel were all taking part in the rescue effort but the remote locale was complicating the operation.

Mr Paputungan said the mine and a village connected to it are in a steep area that can only be reached by foot. Earth-moving equipment and ambulances can't reach the location, he said.