US President Donald Trump's convicted former lawyer Michael Cohen is expected to accuse him of criminal conduct during a hearing on Capitol Hill. 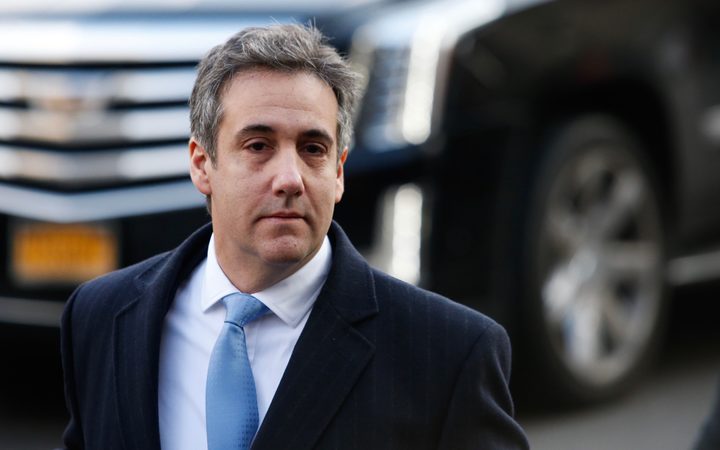 Speaking on Wednesday (US local time) to a House of Representatives panel, Cohen will allege possible tax fraud and racist language by Mr Trump, US media said.

The White House has questioned why lawmakers invited someone who has pleaded guilty to lying to Congress.

Cohen was sentenced to three years and will begin his custodial term in May.

On Tuesday, he was officially disbarred from practising law by the New York State Supreme Court, New York media reported.

The penalty came as he began three consecutive days of testimony in a closed-doors hearing before the Senate Intelligence Committee. His Wednesday testimony to the House Oversight Committee will be public.

US media have published a copy of his opening statement online.

The 52-year-old was convicted last year by New York federal prosecutors of campaign finance violations and tax evasion and by special counsel Robert Mueller of lying to Congress about Trump Organization plans in Moscow.

Mr Mueller is nearing the end of a 21-month justice department investigation into alleged Russian meddling in the 2016 elections, which both Mr Trump and Russia have denied.

At his December sentencing Cohen, a former Trump loyalist, blamed his misdeeds on "a blind loyalty" to Mr Trump.

Ahead of the hearings, the president tweeted an attack on his former lawyer, accusing him of "lying in order to reduce his prison time".

Michael Cohen was one of many lawyers who represented me (unfortunately). He had other clients also. He was just disbarred by the State Supreme Court for lying & fraud. He did bad things unrelated to Trump. He is lying in order to reduce his prison time. Using Crooked’s lawyer!

The Wall Street Journal reported a person familiar with the matter as saying Cohen would provide "evidence of criminal conduct since Mr Trump became president" that involved a hush money payment to conceal an alleged affair with adult film star Stormy Daniels.

The lawyer will accuse Mr Trump of being directly involved in efforts to conceal the alleged affair weeks before the 2016 election, according to US media.

The president has denied having the affair, or that he told Cohen to pay off Ms Daniels. 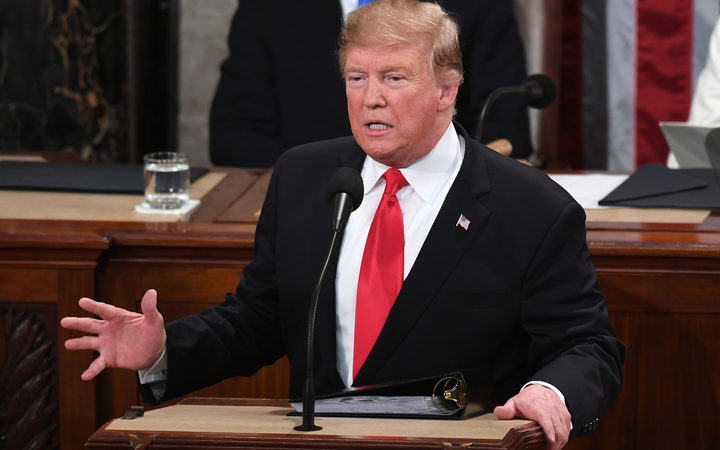 According to the Journal, Cohen will detail Mr Trump's "lies, racism and cheating" over a decade of working for him.

He is expected to offer financial documents showing possible tax fraud by Mr Trump, which may spur lawmakers to renew demands for the president's tax returns.

The Journal reports Cohen will accuse the president of questioning the intelligence of African Americans.

CBS News reported a source as saying the racist language allegedly used by the president is "chilling".

Cohen is also expected to offer explanations to lawmakers about why he lied to them about the Trump Organization's plans to build a tower in Moscow.

In an op-ed in USA Today on Tuesday, Republican Representatives Jim Jordan of Ohio and Mark Meadows of North Carolina called the hearing "a partisan circus meant to destroy Trump".

Meanwhile, Florida Republican Congressman Matt Gaetz is denying that a tweet directed at Cohen was a threat.

In a text message exchange with a reporter for Vox, Mr Gaetz denied the tweet was considered witness-tampering, contending it was "witness-testing".

It comes after Cohen's originally scheduled testimony was postponed, after he cited "threats against his family" brought by Mr Trump and his lawyer Rudy Giuliani.