Syrian President Bashar al Assad made his first public visit to his closest regional ally Iran since the start of Syria's war in 2011, meeting Supreme Leader Ayatollah Ali Khamenei in Tehran on Monday and championing their alliance, state media reported. 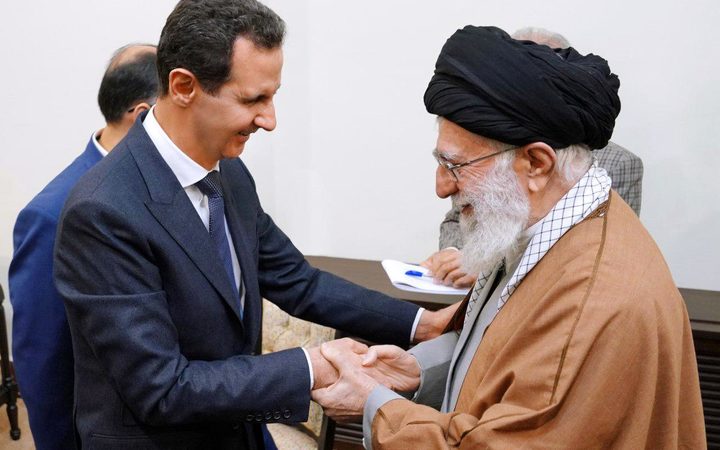 Syrian and Iranian state television showed Assad and Khamenei smiling and embracing. Syrian television said the two leaders agreed "to continue cooperation at all levels for the interests of the two friendly nations".

Khamenei was quoted as saying the two countries' military victories in Syria had dealt "a harsh blow" to US plans in the region.

Assad regained the upper hand in Syria's war with the help of Russian air power and Iranian and Lebanese Hezbollah forces, retaking all main cities from rebels and militants backed variously by Western powers and Gulf Arabs.

Sitting next to Assad was Major General Qassem Soleimani, the head of Iran's elite Quds Force - an overseas arm of the Iranian Revolutionary Guard Corps (IRGC). He has appeared on frontlines across Syria, where his presence has infuriated Sunni-led insurgents who oppose what they view as Shi'ite Iran's expansion in the region.

Iranian-backed Shi'ite militias have expanded their control over mainly Sunni areas around Damascus, southern and eastern Syria that bore the brunt of the heaviest bombardment and led to mass displacement or emigration to neighbouring countries.

Iran's growing influence in Syria, where it has struck economic and trade deals, has also raised the prospect of a military confrontation with its arch-enemy Israel.

Israel, regarding Iran as its biggest threat, has repeatedly attacked Iranian targets in Syria and those of allied militia, including Lebanon's Hezbollah.

Israeli Prime Minister Benjamin Netanyahu has threatened to escalate its fight against Iranian aligned forces in Syria after the withdrawal of US troops from the country.

Assad was quoted by Syrian state television as saying that any escalation by Western powers would not stop Iran and Syria from defending their own interests.

Iranian state media said Khamenei praised Assad as a hero who had strengthened the alliance between Iran, Syria and Hezbollah.

"The Islamic Republic of Iran sees helping Syria's government and nation as support for the resistance movement (against Israel) and is deeply proud of doing it," Khamenei said.

Assad was also briefed by Iranian President Hassan Rouhani about efforts by Russia, Iran and Turkey - supporters of the main sides in the Syrian civil war - to end the conflict.

Syria wants Turkey, which has backed Sunni rebels and carved a sphere of influence in the northwest of the country, to remove its troops from Syrian territory and end its support for rebels.

Efforts have so far failed to make progress towards a political settlement to end a war that has killed hundreds of thousands of people and displaced about half of Syria's pre-war population of 22 million.